Chicory: A Colorful Tale, A Game About Solving Puzzles With Art, Releases On June 10

The indie adventure game where you can paint on anything is coming to PS4, PS5, and PC on June 10.

Chicory: A Colorful Tale, a game about a dog with a magical paintbrush, is releasing on June 10 for PS4, PS5, and PC. Described as "A painting adventure game about trying to be somebody," the adventure game is about solving problems by painting in a top-down view.

Chicory was originally crowdfunded on Kickstarter back in 2019 by game director Greg Lobanov, who previously worked on Wandersong. The game was developed by a team of five, with credits on other titles like Celeste, Ikenfell, and Night in the Woods. In Chicory: A Colorful Tale, players can use the power of art to paint over anything in the environment and solve puzzles, unlocking new artistic powers along the way.

🌈CHICORY: A COLORFUL TALE🖌️
A painting adventure game about trying to be somebody
comes out ⚠️JUNE 10⚠️
for PC, Mac, PS5 and PS4https://t.co/k2kDwJr1qX pic.twitter.com/1UkxwE9DWj

The game follows the player character, who must take over the magical brush after the previous wielder, Chicory, disappears and all the color in the world vanishes along with them. The world has over 100 animal characters to meet and it can be played in local co-op. The vibrant trailer shows all of the fun environments in the Picnic Province that you can fill with color in the game. The game also takes advantage of the DualSense with unique controls on PS5. 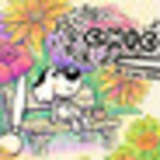