The survival horror game has released a new trailer that reveals more about its protagonist.

In the countdown to Chernobylite's full release on July 28, studio The Farm 51 has revealed a new lore trailer, as well as the final update for the early access version of the game. The trailer sheds a little more light on the game's main character Igor, as well as his interactions with the mysterious Black Stalker.

Chernobylite is a survival horror RPG which, as the name would suggest, is set in a 3D-scanned version of the Chernobyl exclusion zone. The game involves survival, base-building, and resource management, with the main storyline unfolding in a non-linear manner.

The player character Igor is a physicist who was formerly employed at Chernobyl's doomed power plant, who has now returned to investigate the disappearance of his fiancé, 30 years ago.

The studio is also releasing a patch, which will be the last for the early access version of the game until its full release on July 28. The patch, which is out now, includes a huge number of bug fixes, quality of life improvements, as well as performance optimization that will help the game run smoother with a higher number of enemies on the screen. You can check out the full patch notes here.

Chernobylite will release on PC via Steam, Epic Games Store, and GOG, with PS4 and Xbox One releases planned to arrive later this summer. 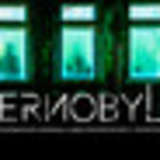