Check Out New Tales from the Borderlands Gameplay Footage

Take a look at new gameplay footage and hear directly from key creative developers in a new behind the scenes video.

Telltale Games today released a behind the scenes video for its upcoming adventure series, Tales from the Borderlands, based on Gearbox Software's hit shooter series.

Pitchford and company explain how the Gearbox-Telltale partnership came to be, and discuss why it makes sense to extend the first-person shooter series to the adventure game genre.

The Tales from the Borderlands five-part series, which features a star-studded voice cast, is set on Pandora after the events of Borderlands 2. In the game, you get to control two characters, Rhys and Fiona, who are both out to reclaim treasure.

The first episode in the series, called Zer0 Sum," will be released "soon" across Xbox 360, Xbox One, PlayStation 3, PlayStation 4, and PC as a download. Individual episodes will cost $5, while you can also buy a season pass for a reduced price. Tales from the Borderlands is also coming to iOS and Android devices, and should hit those platforms before the end of 2014.

Telltale is keeping busy, as the studio also plans to launch the first of six episodes in its Game of Thrones series later this year. On top of that, the studio is working on a third season of The Walking Dead. 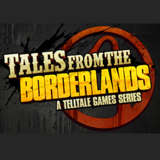 Tales from the Borderlands: A Telltale Game Series
Follow

View Comments (4)
Tales from the Borderlands: A Telltale Game Series