After weeks of dire predictions, industry research group NPD Funworld has finally released its sales figures for March 2006. As analysts prognosticated, the month saw a sharp decline in sales, despite several high-profile releases.

Overall game sales were $819 million, 16 percent less than in March 2005. Game software totaled $499 million, down 8 percent versus March 2005, and game accessories rang up $100 million, down 11 percent from a year ago. The biggest decline, though, was in hardware, which saw only $220 million in sales--a whopping 31 percent slide from the same time a year ago. Of course, March 2005 saw the launch of an entirely new platform--the PSP. (See the interview with NPD analyst Anita Frazier, below, for more on the impact last year's PSP launch had on March '06 stats.)

Through the end of March, 2006 saw $2.2 billion in game sales, down 5.6 percent compared to the first quarter of 2005. Despite the March drop, hardware is actually up just under 1 percent for the year, totaling $662 million. $1.2 billion of game software was sold during the three-month period--an 8 percent decline. Game accessory sales totaled $302 million during the period, a 7 percent drop.

During March, the top console game was Square Enix's Kingdom Hearts II, which sold more than 614,000 copies in North America. Behind it was Ubisoft's Tom Clancy's Ghost Recon Advanced Warfighter for the Xbox 360, followed by Electronic Arts' Black for the PlayStation 2.

Two other critically acclaimed Xbox 360 games, Fight Night Round 3 and Elder Scrolls IV: Oblivion, also cracked the top 10. The Collector's Edition of Oblivion also did well--though NPD lists the pair as separate products. If they were combined, sales of the two versions of Oblivion would make it the number-three console game for the month.

In March, the Sims continued their domination of the PC charts. The latest expansion, The Sims 2: Open for Business, was the month's top seller, moving more than 230,000 units. That was more than second-place finisher Elder Scrolls IV: Oblivion, and far ahead of the other Sims game in the PC top 10, The Sims 2.

GameSpot: Is increased output of 360s having any impact on industry revenues yet, or is the console being in short supply still a culprit when it comes to overall sales?

Anita Frazier: I think it's still in short supply, meaning that demand is still exceeding readily available supply, but there are signs that things are loosening up at retail. I stopped into a specialty retail store last week and although they didn't have any 360's at that time, they had just a few days prior. So although I haven't yet seen one sitting on a shelf waiting for me to pick it up, I also don't see the same hopeless expressions on the sales personnel's faces that I did a couple of months ago. More inventory is good for the industry in terms of helping to spur greater interest in software sales as well.

GS: Do you see this transition anemia sticking around for the duration of the year, or at least until the Revolution and PS3 are released?

AF: It is worse than I expected it to be, and I think it is going to remain so for the foreseeable future. We don't know many details about either the Revolution or PS3 launch yet, but I think Sony made it pretty clear at GDC that there aren't going to be abundant supplies at launch, so at this point, my bet is that the remainder of the year will indeed be a bit stormy.

GS: Assuming a November release for both new hardware systems, what kind of a December could it turn out to be for the industry? Wildly profitable?

AF: There are too many unanswered questions to make an educated guess at that! Yes, purely looking at the total industry revenue figures, when new systems are released at those (relatively) high price points, sales get a very nice boost. But for it to have more widespread impact on the industry, software sales need to accompany those hardware sales. And the extent to which that will happen will depend on available hardware inventory, and attractiveness of the launch title lineup.

GS: Other side of the coin: how damaging to revenues would a slip until next year for the Rev and PS3 be for the game industry?

AF: A big impact, to be sure. But again, only when we get a sense of how much "could" be sold--meaning the magnitude of available inventory--will we have a sense of how beneficial, or on the flip-side damaging, either scenario can be.

GS: What are the significant events in the year that could turn these doldrums into more robust times, revenue-wise? Is there any single game, or any games, that when released, you see as driving significant revenues?

AF: I don't think any single event can single-handedly rescue the industry. I think some great titles, a Zelda perhaps, can be really helpful. And there are probably five or six more [titles] that have big potential. More 360 inventory, a great PS3 and Revolution launch....all of these could help jumpstart the industry.

GS: What's behind the deep dip in HW revenues for March, year over year?

AF: Where do I start? Hardware dollars are down, due to portable. Last year, this segment of the market helped buoy the industry, and so far portable hardware dollars are not holding up in comparison. On the other hand, console dollars are up. When systems are priced at $300 or $400 each, it doesn't take a lot of units to leave a significant impact on dollar sales. Software is down too, again more so in the portable space than in console. So while portable had its big moment last year, it's now facing competition from the new (or soon to be new) next-gen console systems. Whether consumers are purchasing 360's or simply holding off portable purchases in anticipation of a future (relatively pricey) console hardware acquisition, that segment is drawing consumers' mind and dollar share. 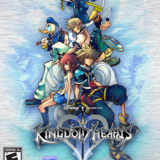