We've got a golden ticket, as well as impressions of this platformer based on the upcoming children's film.

Charlie and the Chocolate Factory is set to hit theaters in July, and shortly before then, you can expect a tide of oompa loompas to break across close to every major console in the video game adaptation of the film. Instead of treading the same narrative path of the movie, though, the Charlie and the Chocolate Factory game will feature events outside of the normal storyline, following the good-natured Charlie Bucket as he travels the factory cleaning up the mess left by the other children.

The game is being described as an action puzzle platformer, and Charlie will repair the factory’s scattered broken machinery by enlisting the services of the helpful oompa loompas. Charlie will be able to issue the little guys various orders, like "Follow me," "Stay," and so on, and as he brings them to the right places, they'll be the ones doing the bulk of the dirty work. As you progress, you'll be able to get special candy powers to help you in your journey, like fizzy lifting drinks.

The game looked bright and cartoony, if a little simple, and we only caught a bit of the inner workings of the factory in what appeared to be a tunnel strewn with mysterious devices. Tim Burton is purportedly involved in the game, and the makers have secured the rights to both the likenesses of the characters from the film, as well as their voice work, though we didn't hear any examples while watching the game in motion.

Charlie and the Chocolate Factory is currently scheduled for a release in July for the GameCube, Xbox, and PlayStation 2 consoles, as well as for the GameBoy Advance and PC. We'll bring you more news on this game as it develops. 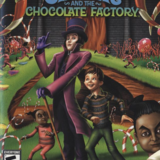 Charlie and the Chocolate Factory
Follow
$19.99 on Walmart
Buy