Eidos Interactive has announced a new international management update for Championship Manager 2006. The update will launch through Game on June 2 and will incorporate a new tweak to the interface, as well as an update to the international teams in the PC version of the game.

The international management update will have a brand new interface that includes an optional sidebar. London-based developers Beautiful Game Studios promises that the new sidebar will help with navigation, as well as give a new look and feel to the game.

Championship Manager 2006 is on sale now for the PC, PlayStation 2, PlayStation Portable, and Xbox, rated PEGI 3+. 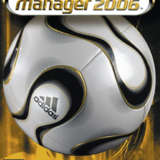