We've all heard the rhetoric from company spokespeople. Piracy is a blight on the industry, causing publishers to lose a dizzying amount of irreplaceable income. However, it can be difficult to grasp the impact of digital theft. How much does downloading a cracked version of a game affect the sustainability of a developer? And should piracy be a concern if every game in your library was legally purchased? Greenheart Games, developer of Game Dev Tycoon, implemented a clever programming tweak to turn the mirror on those who stole its hard work, illuminating just how damaging the bit torrent scene can be.

As the name implies, Game Dev Tycoon chronicles the work of an up-and-coming developer. Deciding which games to create and where to spend your precious resources determine the success of your company, though those who pirated the game were in for an unpleasant surprise. In an effort to teach a lesson to would-be thieves, Greenheart Games uploaded a nearly identical version of the game to torrent sites. In it, your virtual developer is the victim of rampant piracy, draining the cash you strove so hard to accumulate. Real-life pirates were flummoxed by this punitive hurdle. "They were so oblivious that they didn't realize that what they see is what they actually do," said Greenheart Games co-founder Patrick Klug.

Tycoon is not the first game to implement creative antipiracy methods (Rocksteady disabled Batman's cape glide in Arkham Asylum, for example). However, Greenheart Games used the nature of its downloadable simulation to enlighten those who may not understand the ramifications of their actions. "We had this opportunity to let users feel what piracy is like," Klug explained. "Because we didn't tell them that it is a pirated version, they actually started posting [on forums] saying, 'I'm going bankrupt because of piracy,' and I think that was what really connected with people." Maybe education could be the key to stemming the unrelenting tide of virtual thieves. By pointedly exploring what harm pirates cause, it opens a dialogue that doesn't exist when traditional forms of digital rights management are enacted.

"They were so oblivious that they didn't realize that what they see is what they actually do."

In the cracked version of Game Dev Tycoon, piracy showcases how digital thieves can sink the fortunes of aspiring developers. However, Klug argues that the problems caused by piracy go much deeper than financial loss. "The bigger issue for the industry is that games are developed in a certain way, and they go towards a trend." Companies are in this business to make money, after all, so when there's a breach in the dam, they do whatever they can to plug the hole. "We see the always-on trend…and I think gamers don't like it. What they don't realize is that the reason companies are forced to do that is because there's so much piracy," Klug said. Draconian DRM exists because of the people who don't shell out one cent for the games they consume.

Even if mandatory connectivity for single-player games doesn't annoy you, the effects of virtual crooks still have widespread ramifications. Purchasing a video game is essentially casting a vote that you want more games of that ilk to be released. As long as developers see that there is an audience of willing buyers, they will continue to make games that cater to that niche. Klug believes that pirates can change a publisher's development philosophy. "If you wake up years later and there are no games anymore like that, then it's your own fault because you didn't support the developers." Using piracy as a means to try before you buy is just as damaging. "If people think that they only need to pay for a game that is perfect, then the industry is going nowhere."

Piracy is an easy-to-define term with little gray area. If people download a game through illegal methods, they are committing theft, and their actions have a lasting impact on how the industry operates. However, developers have to walk a fine line when they create a game so as not to commit a different form of theft. If a developer draws too heavily on inspiration from another game, the resulting game can turn out as little more than a clone. Customers who pay for such games may be unpleasantly surprised to learn that they have paid twice for the same experience. Greenheart Games faces this exact situation. Game Dev Tycoon bears a striking resemblance to the mobile hit Game Dev Story upon first glance because of the philosophical and artistic similarities. Is Greenhouse Games guilty of plagiarism? Or is Tycoon different enough to carve out its own niche?

"If you wake up years later and there are no games anymore like that, then it's your own fault because you didn't support the developers."

Klug does not hide from this issue. He readily admits that Greenheart Games looked at Story while developing Tycoon. "We were inspired by Game Dev Story," Klug says, "but it plays very different." Outside of a cartoony artistic style and an isometric point of view, the two games each have their own appeal. "If you look at what you do, and what decisions you make, and how the game mechanics work, they are completely separate." You just have to spend a bit of time with each game to see how unique they are, Klug contends. "It's kind of sad that we would be shouted at as a rip-off without people trying out the demo."

But even if Tycoon has enough to differentiate it from Story, developers still frequently draw inspiration from other games, and there aren't strict rules governing just what is and is not acceptable. Klug thinks its necessary that teams build on the foundation of others' work. "I find it a bit sad in a way because from an industry perspective, if no one is allowed to take an existing idea and improve it and take it into a different direction, then where are games going to end up?" The industry has been built on this development philosophy. Countless platformers use the side-scrolling, run-and-jump escapades of Super Mario Bros., but they add their own twists to that well-worn formula. Klug believes that growth often comes from tweaking old ideas, so he's glad developers are free to dabble without punishment.

In fact, Klug argues that being unique just to stand out can be a bad idea. "If you force yourself to be different, I don't think that's a good design decision." There's a reason certain themes and mechanics occur again and again, and it's that they work. It's fun to shoot aliens and explore tombs, so you see many games that openly wear their inspiration. "If something works, you can't take it and improve it and make it your own. Why would you need to be completely different?" Klug asked. So teams have to continue to make the best game possible. If that entails reusing established ideas, so be it. Maybe it's better to retread the same ground than go in a different direction and fail miserably.

Game Dev Tycoon has an important legacy no matter how many copies are sold. It has reenergized the conversation of piracy, succinctly showing the financial impact that thieves can have on a fledgling company. Publishers will continue to develop stricter forms of DRM for as long as this problem exists, and it's a shame that so many resources are devoted to stopping pirates. There's no way to predict exactly how the industry will change in the future to stem such practices, but it is important to discuss what's going on. We have the power to enact change, so if we make our voices heard when an antipiracy method is too punishing, and we stay clear of the bit torrent sites, we can shift the focus away from DRM and back on developing the best games possible. 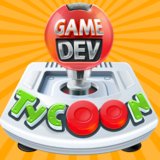 There are 797 comments about this story
Load Comments (797)