Castlevania TV Show Is "R-Rated As F**K," Similar To Game Of Thrones - Producer

"I personally guarantee that it will end the streak and be the western world's first good video game adaptation."

More details have come to light about the recently announced Castlevania show for Netflix. Producer Adi Shankar (who produced The Grey and Dredd) tells IGN that the show is "in the vein" of Game of Thrones and is an adaptation of Castlevania III: Dracula's Curse.

"This is very much Castlevania done in the vein of Game of Thrones," Shankar said.

He declined to share more story details. If it follows the game, we can expect to see Trevor Belmont fighting in 1400s Europe. Dracula's son, Alucard, might show up.

Shankar added that the Castlevania series is going to be "R-rated as f**k," suggesting it's going to have a lot of violence and other adult themes potentially.

Writing on Facebook, Shankar said he's very optimistic about the show's potential to actually be good. "I personally guarantee that it will end the streak and be the western world's first good video game adaptation," he said.

The first season of the untitled Castlevania series will premiere this year. In his Facebook post, Shankar said a second season is coming in 2018, though this was not mentioned in Netflix's official statement.

Given how long Castlevania has been around--it originally debuted in 1986--there has been surprisingly little in the way of non-game adaptations. Konami hasn't announced any new games in the series. The most recent, Lords of Shadow 2, came out nearly three years ago. Meanwhile, Koji Igarashi--the man behind the franchise's most celebrated game, Symphony of the Night--is working on his own spiritual successor, Bloodstained: Ritual of the Night.

Are you looking forward to the Castlevania Netflix show? Let us know in the comments below! 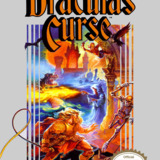