Konami's whip-cracking franchise getting a retro revamp on Wii, according to rating board's Web site.

Konami's going for the trifecta according to a new entry in the Entertainment Software Rating Board's online database. The ESRB has issued a T-for-Teen rating for Konami's Castlevania the Adventure ReBirth on the Wii. Sporting content descriptors of "animated blood" and "fantasy violence," the game will let pit whip-wielding players against a horde of undead dangers in Dracula's castle.

If the downloadable Gradius and Contra games are any indication, Castlevania ReBirth should represent a return to the roots of a franchise that has largely left its original design behind. The original PlayStation game Castlevania: Symphony of the Night incorporated Metroid-style adventure game elements into its design and spawned a litany of similarly styled installments for the Game Boy Advance and Nintendo DS.

As for console editions of Castlevania, Konami has experimented with 3D takes on the formula since the days of the Nintendo 64, most recently with Castlevania: Judgment, a one-on-one fighting game for the Wii. The Xbox 360 and PlayStation 3 are set to receive their own 3D versions of the series next year with Castlevania: Lords of Shadow. 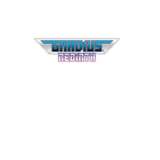