Konami has revealed the full set of games to be included in the Castlevania Anniversary Collection, and it includes a ton of classics along with one spin-off game officially coming to the west for the first time. It's set to come on May 16 for PC, PS4, Xbox One, and Nintendo Switch, priced at $20.

The latest additions that complete the lineup include Castlevania: The Adventure, Castlevania II: Simon's Quest, Castlevania Bloodlines, and Kid Dracula. That final game was a cute cartoon spin-off that released in 1990, but never outside of Japan. It's often regarded as an overlooked gem, especially since it's been generally difficult to find.

The Adventure was the franchise's first release on handheld devices, and Simon's Quest introduced RPG mechanics. Bloodlines was a Genesis game that complemented the SNES Super Castlevania IV, which is also in the collection.

Altogether, that makes the game library as follows:

The emulation is being handled by M2, and the bonus ebook includes an interview with the animated series producer Adi Shankar. 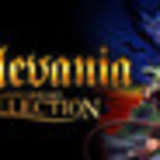