Castle Wolfenstein headed for PC, too

One of the bigger surprises of Microsoft's X05 press conference yesterday was that id Software was working on a new installment in its Castle Wolfenstein franchise for the Xbox 360. But there was nothing mentioned about a PC version of the game.

Given the recent success of Doom 3 on the Xbox, many PC devotees could be excused for fearing that id might have been wooed into making its first console-only title. While id Software has never debuted a new game on a console before (unless you count altered ports like Return to Castle Wolfenstein: Tides of War on the Xbox), many a heartbeat of many a PC gamer skipped in fear that this would be a new first.

Activision today calmed those fears with confirmation that the next Wolfenstein is indeed coming to both the Xbox 360 and the PC, with Raven Software handling development duties and id Software executive producing. While little is known about the game so far, bits of the story have been revealed. Players will be dropped behind enemy lines in World War II Germany and tasked with stopping technological and supernatural Nazi experiments that could change the course of the war. Activision has also indicated that the gameplay will mix straightforward guns-blazing action with exploration and stealth elements.

Wolfenstein will be the second id game simultaneously developed for PC and consoles. Raven Software is also handling the development of Quake IV, due out on the PC October 18 and on the Xbox 360 later this year. For more news out of X05, check out GameSpot's previous coverage. 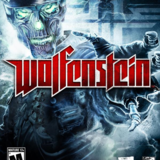