Infogrames' upcoming hunting game Carnivores: Cityscape is nearing completion and is scheduled to go gold in early March, according to a company representative. The game is the latest installment in the Carnivores game series, and it features the same fast-paced hunting action as the previous games. The new game is set in the parks, streets, and sewers of a large futuristic city. After the crash of a mysterious spaceship, players must hunt down and destroy a horde of dangerous dinosaurs that are running loose in the city. The game also features an alternate mode that lets players assume the role of a dinosaur and fight their way to freedom.

Carnivores: Cityscape is scheduled for release on March 26 by Infogrames' WizardWorks label. We've posted some new screenshots from the game in the gallery above. For more information, take a look at our previous coverage of the Carnivores series. 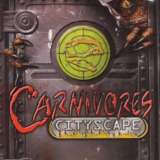