Watch the incredible footage of a Tetris pro pushed to his limits, and ending his long search for the highest reward possible.

Kevin Birrell, a Seattle-based pro-gamer and speedrunner, has become the sixth known person in the world to achieve the highest ranking in the 2005 game Tetris The Grand Master 3 Terror-Instinct.

Captured on a Twitch stream (found below, YouTube mirror above) that aired on Wednesday, Birrell was awarded the rarest rank of them all by playing the classic Tetromino puzzle game under the most intensely difficult requirements, including lightning-fast drop speeds and one section of the game where the blocks turn invisible.

Tetris The Grand Master 3 Terror-Instinct (commonly abbreviated as Ti) features a Master Mode that will give players the coveted MM Rank if they achieve a near-perfect game. While this in itself is renowned for its difficulty, in order to even qualify for the Grand Master "Promotional Exam," players must achieve this four times in about seven attempts.

Failing the promotional exam means that the four MM rank tokens must be earned again, which adds even more pressure on a player who manages to enter a "Promotional Exam."

Birrell (known online as KEvinDDR) has been playing the game for close to a decade, and this was believed to be his sixth ever promotional exam (having failed the first five).

As shown in the video, the unrelenting speed and remarkably difficult conditions put on the player is why a Ti Promotional Exam has a reputation for being one of the hardest challenges to overcome in games. Birrell is the first person outside of Japan to do this, though he said on Reddit that he prefers not to have the "westerner" distinction attached to his achievement.

"I can't believe I did it. Somehow it doesn't feel possible, but finally it's done!" Birrell wrote on Twitter.

I can't believe I did it. Somehow it doesn't feel possible, but finally it's done! :) Now to actually get a GM with a fast time! :) 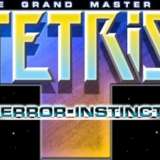