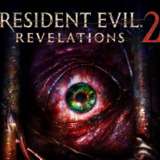 Capcom's giving episodic survival-horror another go with Resident Evil: Revelations 2, which also marks the return of Resident Evil 2's Claire Redfield and the debut of Moira Burton, the foul-mouthed teenage daughter of Resident Evil's weapons expert, Barry Burton. Following an attack from a mysterious assailant, Claire and Moira find themselves locked in a prison-like facility that's infested with violent rage machines known as the afflicted. The two need to work together to solve puzzles, survive, and hopefully, escape their island-prison.

I recently had the chance to sit down with the game's producer, Michiteru Okabe, to discuss Capcom's direction for Resident Evil: Revelations 2, the shift to episodic distribution, and how fan feedback shaped the game into what it is today

Why did Capcom decide to release Revelations 2 in an episodic format? Obviously the first game was episodic in nature, but it was released as a single package rather than in pieces.

"For the original Revelations, I don't think at that point in time that people were thinking seriously about episodic distribution. It was far enough back that it wasn't something we thought of for that game. That story structure was the result of that game's format rather than a sales decision. This is a new idea for Revelations 2. Why we want to do it this way: we know that disc and retail sales are important and will continue to be important, and that's kind of our bread and butter; we know how to do that. But, we also know that we're living in a world that is becoming more and more digital and there's a lot of ways to deliver digital content. We think episodic is an interesting way to do that, especially with a game whose story is structured this way. So in addition to giving people the disc content they expect, we're also interesting delivery methods to see how this works for people."

How common are episodic releases in Japan?

"It hasn't really taken off in Japan just yet. Some western games that are distributed that way have made it over, not a lot, and there are almost no Japanese ones. I don't think we're the first, but we're one of the first to do it with a big franchise like this. I think Japanese users understand that it's big that this is signaling something important; the shift in the way people view and consumer digital media."

Beyond providing an easy opportunity for cliffhangers, what other opportunities does the episodic format provide?

"The cliffhanger aspect is one important element, but the other thing is people really enjoy communicating about popular culture; they do it all the time. One thing we want to do is try to foster communication between players who're enjoying the game, see them exchanging ideas about how they felt about this week's episode and what they think will happen next time."

The enemies in Revelations 2--the afflicted--are very fast and aggressive. What are the range of enemy types that exist within that paradigm?

"Within the category of the afflicted, you'll see some visual variety and some different types of enemies. This game is not just the afflicted as enemies, as the venues branch out a bit, you're going to see more types of enemies, so there's going to be more variety in the end product than it may seem on the surface right now."

Does the sickness that's taken over the afflicted ever impact Claire or Moira?

"Without going into too much details, I will say that we aren't dealing with an illness in the traditional sense. The afflicted are human and have been driven crazy, they will attack and they will bite Claire and Moira, but they don't carry a virus, they won't get anybody sick. It's a whole different process that's gotten them to the way they are."

What about the Moira and Claire's wristbands? How do they factor into the gameplay?

"Clearly, the colors of the wristbands are the product of whoever is pulling the strings. Clearly there is some effect on the gameplay or the storyline based on the color changes. They definitely indicate something, but we'd rather you play the game to find out what."

Does that mean that playing the game a certain way will have an impact on the story?

"I would say that there's one overarching storyline and the bracelets fit into that aspect, and you'll see them have an impact on that story, but there's not something you can do as a player that is going to cause a gigantic change in the storyline based on the wristbands themselves."

How will players work together as Moira and Claire during co-op play?

"Cooperative gameplay, cooperation between characters, and cooperation between players themselves are very important aspects of Revelations 2. Co-op in a horror game is not always an easy thing to do because you want people to be scared, you want them to experience that horror atmosphere, and it's something that we've really spent a lot of time thinking about and studying since we started doing co-op with Resident Evil 5. What's the best way to have multiple people involved in the game without them feeling robbed of that horror aspect and feeling legitimately afraid?

Some people are afraid to play by themselves because they may not be as good with the horror stuff; they'd prefer someone else be with them. Some people want to play a little more aggressively and lead the dance, so to speak, so we thought the best way to do co-op would be to have it a little asymmetrical to have it appeal to two different kinds of players at once.

While Claire is a little more aggressive and action oriented, Moira is a little more passive. She's not as experienced, she's probably more afraid, so we have the gameplay reflect these differences in their personalities, and because they rely on each other, that horror element is still there. Even Claire, who has more weapons and the ability to use them...she can't always just do what she wants because she has to worry about Moira and protect her. Moira can't just leave everything up to Claire either because then they're going to be overwhelmed."

How did they end up together?

"Moira is Barry Burton's daughter and Barry knows Claire because of the Raccoon City incident, so they're familiar with one another. They both work for an organization called Terra Save and that's likely because Moira idolizes Claire a bit. When she heard Claire was working with them, she decided to join up as well. When we join them at the beginning of the story, they're at the Terra Save organized cocktail party and they're attacked by an unknown force and spirited away to an island."

Moira is very outspoken. Can you explain the direction behind her character and why she'll ultimately be a good foil for Claire?

"Basically, because Moira is a brand new character, one idea that the writer of the Japanese script had was that it would be good to have her speak in a very specific way so that you knew right out of the gate a little something about her, and she'd be memorable. I think, you know, in the localization process to English, it may not come across exactly the same it does in Japanese. She might not be as foul mouthed in the Japanese, but she's definitely outspoken, brusque, and different from Claire in that sense."

Can we expect any other classic Resident Evil characters to make an appearance?

"Without getting into specifics, I can say that one of the driving philosophies behind Revelations 2 is to deliver to the fans things that we think they're interested in. You will almost certainly see some familiar faces, but I don't want to get into the specifics."

What are some of the things that Resident Evil fans have been asking for?

"Here's one really good example: raid mode. It went over really well in the original Revelations and a lot of people really enjoyed that and are pretty vocal about it. We just announced at TGS that there will be a raid mode component to Revelations 2, as well. We're building upon what was there and levelling it up, so to speak, and I think that's another good example of things, in addition to some character appearances, that are there specifically because we perceive fans are interested in them."