Capcom was buoyed by results from other areas of its business, however. Its mobile division, which includes social games on platforms such as Facebook, saw sales rise by a considerable 79.8 percent to ¥1.22 billion ($15.7 million) and saw profits rise by an astronomical 362.2 percent to ¥451 million ($5.8 million).

Its arcade business was also a rare bright spot, despite being seriously affected by the major earthquake that hit Japan in March. "Intense recovery efforts" meant that all of the 10 arcades that were affected by the earthquake had reopened by the end of April, the firm said. The current economic climate was also helping the arcades as they are deemed to be both "affordable" and "readily accessible" by the public, Capcom said. 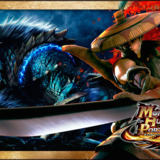 There are 160 comments about this story
Load Comments (160)