Publisher's social game brand to roll out a new iPhone and iPad title featuring the popular Peanuts comic strip characters; due in spring this year.

Earlier this year, Capcom announced the expansion of its casual gaming arm with the launch of Beeline, a new publishing brand focused on microtransaction-driven games for smartphones.

At the time, it was revealed that Beeline was working on eight titles planned for release by March 2012, but no further details were given. Now, it appears that Capcom is ready to divulge at least part of its plans, today announcing four of its upcoming Beeline titles.

The first title will be based on a licensing agreement deal between the Japanese publisher and Peanuts Worldwide LLC, the company that owns the characters and related intellectual property of the popular Charles M Schulz comic strip.

Capcom has announced that the partnership will lead to the global distribution of social games that use Snoopy and his friends, with the first game--tentatively titled "Snoopy"--planned for release in spring this year on the iPhone, iPad, and iPod Touch.

The remaining three titles will also make their way onto the iPhone, iPad, and iPod Touch in the second quarter of the publisher's current fiscal year and are listed as: Smurfs' Grabber (August 2011), Dream Park (August 2011), and Monster Pet Shop (September 2011). 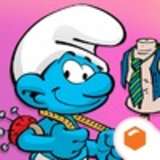