Fighting Jam is a two-on-two game, but it isn’t a classic tag-battle setup like some of Capcom’s previous games. Instead, the game lets you choose which fighter you want to take into battle before the start of every round. Characters maintain the same fighting styles--and in some cases, the same character sprites--that they had in their original games. The game will use the standard Street Fighter-style, six-button setup.

The character list currently looks a little thin, but Capcom has only announced two fighters from each game. Representing Street Fighter II are Ryu and Guile, while Demitri and Felicia appear courtesy of Darkstalkers. Though she appeared in Street Fighter II as well, Chun-Li is paired with Yun on the Street Fighter III side of things. Street Fighter Alpha brings Guy and Sakura into the fray, and Red Earth provides Leo and Hauser. The game will also contain additional hidden fighters.

The game’s modes read like a pretty standard Capcom fighter-mode list. Along with the standard arcade mode, where you’ll fight computer-controlled characters to eventually finish the game so that you can see an ending, you can also select versus, survival, training, replay, or gallery modes.

Capcom Fighting Jam is currently scheduled for release in the fourth quarter of this year. 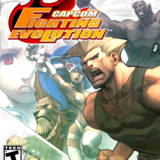