The independent developer of CandySwipe is withdrawing its opposition to King’s Candy Crush Saga after initially accusing the mobile developer of copying its game.

Back in February, after King pursued copyright claims against games with the word “candy” or “saga” in their titles, president of Runsome Apps Albert Ransom wrote an open letter that pointed out the similarities between his game, CandySwipe, and Candy Crush Saga, which was released two years after CandySwipe.

"When you attempted to register your trademark in 2012, I opposed it for 'likelihood of confusion' (which is within my legal right) given I filed for my registered trademark back in 2010 (two years before Candy Crush Saga existed),” Ransom said. “Now, after quietly battling this trademark opposition for a year, I have learned that you now want to cancel my CandySwipe trademark so that I don't have the right to use my own game's name."

Ransom alleged that King purchased the rights to a game called Candy Crusher, which allowed it to challenge his own trademark containing Candy.

However, earlier this week, Ransom replaced the open letter posted to his website with the following message:

“I am happy to announce that I have amicably resolved my dispute with King over my CandySwipe trademark and that I am withdrawing my opposition to their mark and they are withdrawing their counterclaim against mine. I have learned that they picked the CANDY CRUSH name before I released my game and that they were never trying to take my game away. Both our games can continue to coexist without confusing players.”

Back in March, The Banner Saga developer Stoic also said it reached an agreement with King, which enables both parties to protect their respective trademarks. King has since abandoned its efforts to trademark the word “candy.” 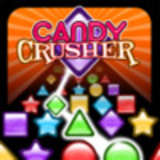