Ruffian Games has released footage of a playable prototype of its canceled Streets of Rage remake. Studio head Gary Liddon uploaded the footage to his YouTube account today, following the video's leak. The video is embedded below.

"It was something we built very rapidly and represents pre-pre-pre-pre (lots of pres) pre-alpha quality. Even so, it has a certain charm," Liddon said.

Liddon would not say why the Streets of Rage remake was canned. He said like many developers, Ruffian Games works on numerous prototypes, only these are not normally shown in public.

The most recent appearance of the Streets of Rage franchise came through the $10 Sega Vintage Collection. This Xbox Live Arcade compilation pack launched in May this year and includes all three Streets of Rage games updated with achievements, online co-op, and support for Xbox Live leaderboards. 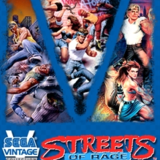