There were two different stories that could have happened.

Star Wars: Republic Commando released more than a decade ago, but a recent interview with the shooter's lead developer has revealed details of what a sequel could have been. There were two potential stories, and one of them answered questions about a particular character's fate.

Lead engineer Brett Douville told Cinelinx that the two competing stories were developed by lead level designer Kevin Schmitt and creative director Tim Longo--Longo is currently the creative director on Halo 5: Guardians. Schmitt's story had players carrying out Order 66, an event in Revenge of the Sith that had the clones turning against the Jedi and killing them.

Longo's idea involved Republic Commando character Sev, who was left behind by his squadmates, becoming the first soldier in the Rebellion army. Douville says the plan would have been to have Sev starting the Rebellion and training soldiers to fight the Empire.

"In my own imaging, I like to believe he'd go after his pod-brothers and counter-program them so they could fight the Empire together," Douville said. "I don't recall what Kevin Schmitt's would have entailed, but I like to imagine there would be a mission where you'd rescue [Sev]."

The sequel fell through because LucasArts was in the process of rebooting itself--much of the team on the original game had left the company.

This isn't the only canceled Star Wars game that we've learned of. Star Wars: Battlefront III was allegedly almost finished before being canceled. Another game that would have featured players building outposts and trade resources was recently revealed. And a Star Wars first-person shooter was shuttered during the Disney acquisition.

Star Wars 1313, another game canceled in the wake of the Disney purchase, would have put players in control of bounty hunter Boba Fett. Lucasfilm president Kathleen Kennedy revealed in an interview that the company has been thinking about how it might be able to bring it back to life. 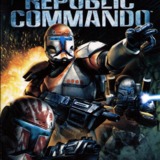