Can you believe how realistic MLB 14: The Show looks on PS4?

Sony today announced launch details for MLB 14: The Show and released new images that compare the visual differences between the PlayStation 3 and PlayStation 4 versions.

As you can see from the image at left, Boston Red Sox first baseman Mike Napoli's facial hair is presented in all its glory on PS4 while the PS3 version doesn't attempt to show individual strands.

But it's not only his facial hair that looks better on Sony's new platform. The PS4 version includes a "revamped" lighting engine and better stadium detail.

A Sony representative confirmed with Polygon that MLB 14: The Show on PS4 runs in 1080p at 60fps. The game also includes 1,000 different crowd models, each featuring more than 10,000 polygons. Every stadium features more than 1 million polygons, Sony said.

MLB 14: The Show launches on April 1 for PS3 and PlayStation Vita, while the PS4 version comes sometime in May, roughly a month after the official start of the 2014 MLB season. That delay will no doubt be a bummer for hardcore MLB fans hoping to pick up the PS4 version.

Here's a rundown of some of the most notable features in MLB 14: The Show.

MLB 14: The Show also promises to simplify its microtransaction offerings by rolling everything into a universal currency system the developer is calling Stubs. Sony made clear that everything in MLB 14: The Show is attainable through gameplay and players never need to spend a dime.

"We are not designing the system to pressure players into spending money," Sony said. "It will be the same system it's been in years prior, just all rolled together with a new name."

Detroit Tigers slugger Miguel Cabrera is the main cover athlete for MLB 14: The Show, though Toronto Blue Jays third baseman Brett Lawrie, a Canadian, is the cover star for Canada.

Though the MLB2K series is dead, Xbox owners will indeed have a baseball game to play this year, as MLB has revived the long-dormant RBI Baseball series. That game, developed internally at MLB, is scheduled to launch across consoles, PC, and mobiles this spring.

For more on MLB 14: The Show, check out GameSpot's hands-on preview. 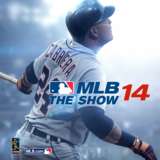 There are 247 comments about this story
Load Comments (247)