"I think we can benefit a lot from the next-gen and, we're kind of different for what you would expect from a next-gen game."

Revealed during the May Xbox 20/20 showcase of upcoming Xbox Series X games, Call of the Sea is the debut title from Out of the Blue Games. When developing Call of the Sea, Out of the Blue Games co-founder Tatiana Delgado said that the team wanted to specifically "target the next gen" and designed the game to take advantage of the tech afforded by consoles like the Xbox Series X.

"We wanted to target the next gen," Delgado told USgamer. "As soon as we saw what was possible, we wanted to do it because although we have a stylized, visual style, so it's not realistic but we wanted to get as much as possible from the graphics side. And I think we can benefit a lot from the next-gen and, we're kind of different for what you would expect from a next-gen game."

Delgado added that Call of the Sea takes advantage of next-gen tech in subtle ways that players may not immediately notice--the sheer amount of assets the game manages to fit on-screen at a time, for instance, or the many layers to the lighting. These aren't features that many players are typically looking at when watching trailers for next-gen games, but they do represent an aspect of the technological jump between console generations.

In response to Epic Games' reveal of Unreal Engine 5, Delgado said that it "will save a lot of time on the pipelines" for future games.

Call of the Sea is scheduled to release for Xbox Series X, Xbox One, and PC in Holiday 2020. The game will be available through Xbox Game Pass. 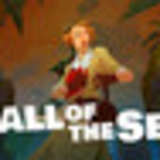