According to one industry insider with a solid track record, Call of Duty Warzone will be hitting mobile devices next year.

According to industry insider Tom Henderson--who just this week also dropped details on a rumored expansion for Assassin's Creed Valhalla--Activision is planning to release a mobile version of Call of Duty: Warzone in 2022. Originally launching on Xbox One, PlayStation 4, and PC, a mobile version of the game has been referenced numerous times through the discovery of job listings and data-mining.

This week saw more evidence uncovered when Warzone Mobile was added to PlaytestCloud, a database that provides playtesting services for mobile game studios. "Call of Duty: Warzone Mobile is scoped for 2022," Henderson tweeted this week.

Call of Duty: Warzone Mobile is scoped for 2022.
It was recently added to the PlaytestCloud database.

Interestingly, PlayTestCloud says that the game listing has been removed from its database because it hasn't been confirmed to exist yet and the company says that it doesn't have any information about upcoming titles.

PlaytestCloud has said the listing was based on an assumption - And not because the game is entertaining playtesting... But when you know, you know 🧐

After several job adverts were leaked in August, Activision officially confirmed that it had formed a new studio by the name of Solid State to develop a new mobile entry in the Call of Duty series, although the publisher didn't specifically mention that this would be a Warzone project. Currently, Call of Duty Mobile has a battle royale mode available within it, but the game is a broader slice of multiplayer influenced by the mainline series.

"We've created our own internal mobile studio and are driving a major recruiting effort, across Beenox and Activision Shanghai to support as well, and together these teams are leading an unannounced new mobile project in the Call of Duty franchise which we're very excited about," Activision said after the Solid State news had broken.

It has been a rocky week for Activision yet again, as QA staff at Raven Software--one of the primary studios tasked with developing Call of Duty: Warzone--staged a walkout in protest over contracted QA staff being informed that Activision would not be renewing their contracts. QA staff from Blizzard also joined the protest, as Raven studio representatives told press that these QA workers were promised future permanent employment after reportedly being denied raises earlier this year.

In other Warzone news, Call of Duty: Vanguard and Warzone Season 1 launches this week. Warzone's launch map Verdansk is being replaced with a new Pacific island setting called Caldera, one of the biggest updates that the game has seen since it launched in 2020. 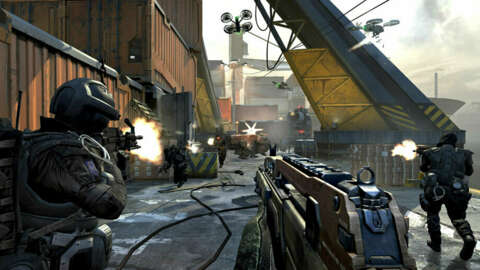 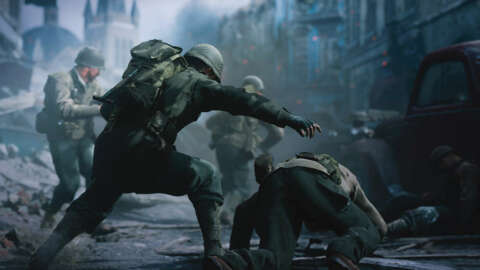