"We believe Call of Duty Online is going to be a game-changer for Chinese gamers."

Call of Duty Online, a free-to-play PC spinoff of Activision's blockbuster shooter series, is now available in China through a partnership with Chinese Internet giant Tencent. Chinese gamers can play the title today through its open beta. You can also watch a trailer for it featuring Captain America actor Chris Evans.

American studio Raven Software, which is owned by Activision, led development on Call of Duty Online, which is inspired by the Modern Warfare and Black Ops universes.

"Millions of gamers in the West have come to appreciate that white-knuckled, epic thrill-ride that only Call of Duty delivers. And now an entire new audience of gamers will experience this for the first time. We believe Call of Duty Online is going to be a game-changer for Chinese gamers," Activision Publishing CEO Eric Hirshberg said.

Call of Duty Online has been tailored specifically for the Chinese market, and Hirshberg said feedback from the game's closed beta tests has been "tremendous."

"We couldn't be more excited and we look forward to winning the hearts and minds of a new community in China," Hirshberg said.

Call of Duty Online may be free-to-play, but players will be able to spend real-world money to buy or even rent in-game items. In addition to a multiplayer mode, the game will offer a single-player mode called Hero Ops, as well as a co-op Survival Mode. There will also be a new PVE Cyborgs mode never before seen in the Call of Duty franchise and exclusive to Call of Duty Online.

Why is Activision bringing Call of Duty to China? In short, it's a huge market. One recent study found that the number of Chinese gamers was greater than the entire US population.

Call of Duty Online has been announced only for PC.

China recently lifted its decade-long console ban, but Activision has not announced plans to bring Call of Duty Online to consoles in the country. The company might have a hard time doing so, too, as China's heavy censorship rules could prove tricky to overcome. 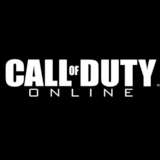