Buying Used Games as a Matter of Principle

Publishers don't see a dime from secondhand sales, which gives angry gamers a way to play without supporting anti-consumer practices.

446 Comments
Where to buy
Max Payne 3
There are no available deals for this platform
$99.99 at Walmart
$100.18 at Walmart
GameSpot may get a commission from retail offers. 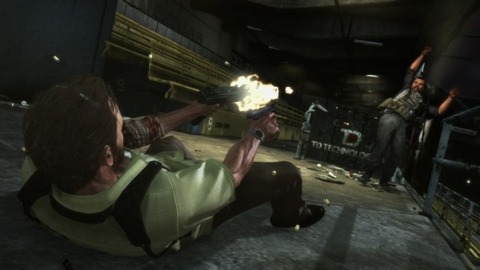 Want to play Max Payne 3 but feel like Rockstar's taking you for a sucker? Buy it used.

In the last few years, as connected consoles and always-on Internet have tilted the balance of control away from the consumer, I've seen publishers try a variety of tactics to thwart used game sales. Ironically, it's these exact tactics that have pushed me to buying used games. I'd be more conflicted about that decision if it weren't for the near-daily reminders as to why I made it in the first place.

This week the reminders come courtesy of Rockstar Games and DICE. In the former case, Rockstar announced its DLC season pass for Max Payne 3, a collection of map packs and multiplayer modes that will be doled out between the game's launch this month and the end of the year. Not to dismiss the game's new features offhand, but when a single-player series returns with multiplayer modes it never featured before, there's a perception--fair or not--that the online component was instituted for reasons financial rather than creative. Multiplayer modes--especially ones with character progression, unlockable perks, and a steady stream of new maps and content--give gamers a reason to keep playing a game instead of trading it in. And when you sell eager gamers on a DLC pass, you're essentially ensuring they won't sell that game back until the last of the content they paid for is released many months later, which is great for publishers because GameStop can't sell used games if it never gets them from customers in the first place.

Publishers try a variety of tactics to thwart used game sales. Ironically, it's these exact tactics that have pushed me to buying used games.

So Max Payne 3's Rockstar Pass is available for preorder right now for $30 (yes, preorder DLC, which is a silly enough concept on its own that it deserves a stand-alone editorial devoted to mocking it), because the mind-set of the games-as-a-service industry is to charge your most devoted fans the most money. Why not get them to drop $90 on a game that isn't out yet and essentially commit to not trading it in for seven months (at which point it will have been rendered irrelevant by a budget-priced Ultimate Edition that actually includes the complete game)? Never mind that it speaks to a lack of respect for your most loyal customers, or that it erodes hard-earned good will with every gamer who gets sick of the game before that final content drop.

As for the reminder from DICE, that came from comments Battlefield 3 executive producer Patrick Bach made to CVG. Bach explained how the industry-wide push for online games was intentionally designed to combat used game sales, and said it's one of the reasons so many online shooters have the same formula. However, he also pointed to the possibility of next-gen consoles blocking used game sales as a good thing for consumers. "In theory," Bach argues, the elimination of the secondhand market could empower struggling companies to break the existing formulas, try making new IP and more varied types of games. In practice, I argue, that's complete bull.

If the used game market went away tomorrow, console publishers would keep resorting to these practices because they've worked.

Picture a console generation without used games. It would look a little bit like the PC market right now. Now look at how console publishers treat the PC market. Beyond massively multiplayer online games and free-to-play experiments, they mostly produce the same games as they do in the console space, but often with the added ignominy of releasing the PC versions later (by two weeks, in the case of Max Payne 3) and saddled with digital-rights management (like Battlefield 3's Origin requirement) due to piracy fears. And it's not like the PC games today skip all this DLC rigmarole because there's no used game market to thwart; both Max Payne 3 and Battlefield 3 on PC are selling the same staggered assortment of content as their console counterparts. If the used game market went away tomorrow, console publishers would keep resorting to these practices because they've worked, and innovation will still only be pursued when it's driven by a business model. Now that we've shown these companies that we're gullible enough to put up with this nonsense, they aren't going to cram that toothpaste back into the tube out of the goodness of their hearts. 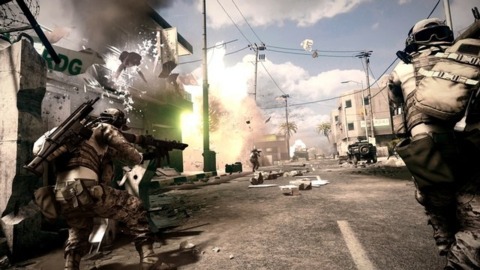 Battlefield 3 DLC was designed to thwart secondhand game sales, even on the PC, where such things don't exist.

Now I don't doubt that the used market costs developers money. I'm not going to argue that trade-in money going toward more purchases somehow completely offsets the impact of secondhand sales. I understand the frustration of a studio that makes a dynamite single-player game seeing players treat it like a glorified rental, plowing through the content on launch day and trading it in before the end of the weekend. I can see the frustration associated with creating a game to be art and having it consumed and discarded as a commercial product. But even in light of all that, this doesn't seem to be a make-or-break issue for developers. When studios go under, I've heard developers chalk it up to piracy. I've heard them complain about publishers screwing them over and pulling out of projects. I have yet to hear a developer blame the failure of the company on used game sales.

Once upon a time, I saw buying new as a way to support developers and vote with my wallet. I knew that developers didn't see a dime of my money when I purchased a secondhand game, and I had no particular love for GameStop and its business practices, so buying new was the way to go. I looked at it as just doing my part to make sure publishers knew that pursuing quality above all else was a viable business model in the gaming industry. I still make a point to buy new games and keep them, but only when I feel the business model is one that treats me as a respected customer instead of an adversary who must be tricked into not trading it in. The big difference is that now when I see the latter, I will go out of my way to buy that game used and trade it back in once I'm done with it. It might be petty, and it might be spiteful, but it's still principled.

There are 446 comments about this story
Load Comments (446)