Revenge is best served...not on Xbox One.

Criterion Games has poured cold water on the idea of making its aged racing game Burnout Revenge playable on Xbox One through backwards compatibility.

"No plans for that right now," Criterion said to a fan on Twitter (via VideoGamer.com). This does not entirely rule it out, though it sounds like it's not happening anytime soon.

Burnout Revenge was originally released in 2005 for Xbox and PlayStation 2. It was re-released on Xbox 360 a year later, sporting various improvements that leveraged the new hardware.

Another Burnout game, Burnout Paradise, is coming to Xbox One through backwards compatibility. However, the game is not among the 104 titles available now in the program. More will be added on a regular, ongoing basis, but there is no word yet on when Burnout Paradise will join the program.

Publishers decide if they want to allow their games to be featured in the Xbox One backwards compatibility program. So far, most major publishers are represented, though Rockstar Games is a notable holdout.

Backwards compatibility support for Xbox 360 games on Xbox One launched on November 12 as part of the New Xbox One Experience update. 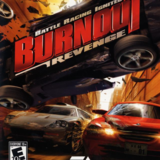