Build Your Own Pikachu Stuffed Animal in 2016

The Pokemon Company has announced a partnership with Build-A-Bear Workshop to add its most iconic creature, Pikachu, to the company's roster of stuffed animals. Starting in 2016, you'll be able to make your own custom Pikachu at Build-A-Bear's stores in North America, Europe, and Australia, and online.

Customization options for the Pikachu stuffed animal include a Poke Ball hoodie, Charizard costume, and a sound chip that will presumably deliver the famous "pika pika" sound effect. Everyone who buys a Pikachu stuffed animal from Build-A-Bear will also receive a specially branded Pokemon trading card for free

Unfortunately for fans looking to build their own Pikachu as a holiday gift, it won't be available until next year. But for now, you can buy all manner of butt-themed Pokemon items, if that's what you're into.

No images of the Pikachu stuffed animal were provided, while pricing details are also unavailable.

Pikachu isn't the first licensed character sold through Build-A-Bear. Characters from popular franchises such as Teenage Mutant Ninja Turtles, My Little Pony, Minions, and Peanuts are also sold at Build-A-Bear. 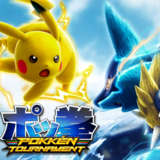