Atari announced today that Dragon Ball Z: Budokai 3, the third entry in its fighting series based on the popular anime, has gone gold. In keeping with industry trends, two versions of the 3D fighter will ship to stores on November 16: a regular edition of the game that carries an MSRP of $49.99 and a limited edition version that costs $59.99.

The PlayStation 2 title will feature a cast of characters from two different Dragon Ball franchises: Dragon Ball Z and Dragon Ball GT. Characters from the DBZ movies will also make appearances. The new Saiyan Overdrive Fighting System promises to deliver action that's more authentic to the series, and players will earn points in battle that allow them to customize characters and create passwords that will let them share characters over the Internet.

The limited edition of the game will include a few different bonus items, including an exclusive action figure of the character Broly, a making-of bonus DVD titled "Behind the Screams," an extended trailer, and a sneak peek of the upcoming action adventure offering DBZ Sagas: Evolution. In addition, major retailers are offering a package of DBZ trading cards and one issue of the Dragon Ball comic book to customers who preorder either edition of the game. 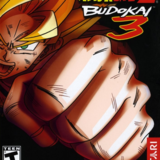