Capcom classic is going to be downloadable in February.

[UPDATE] Breath of Fire 3 will launch for PS Vita, PSP, and PlayStation TV this coming Tuesday, February 9, Sony confirmed during the latest PlayStation Blogcast (via DualShockers).

Capcom has announced classic PlayStation RPG Breath of Fire 3 will be re-released as a downloadable title on PlayStation Network. The game will be available as a PSP title, which means it can be played on the PlayStation Vita and PlayStation TV.

The game will be available for $9.99 this February. A more specific release date was not provided. Capcom said it will "have a bit more information when the game launches."

In other Capcom news, the Japanese company reported its financial results for the nine-month period spanning April 1 to December 31, 2015. Overall, it showed an increase in net revenue.

Monster Hunter X, which was released in Japan late 2015, was described as "a major hit." Although Capcom forecasted it would sell 2.5 million units, it surpassed these expectations and reached sales of 3.2 million units.

The next big game for Capcom is Street Fighter V, which is set for launch on PlayStation 4 and Steam on February 16.

The PlayStation 4 and PC exclusive will receive a free, expanded story mode in June. This will have over an hour of "cinematic content" and fill in the storyline between Street Fighter IV and the new game. 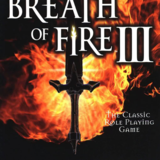