Publisher conspires to get TV-to-game adaptation on PlayStation 3 and Xbox 360 early next year.

Brash Entertainment is branching out. After carving out a niche for itself as a publisher of big-screen adaptations such as Jumper: Griffin's Story, Alvin and the Chipmunks, and Space Chimps, the company is trying its hand at a small-screen adaptation.

People who purchased the newly released Season 3 box set of Prison Break no doubt noticed an ad for Brash's game adaptation in the package. According to the ad, the Prison Break game is scheduled for release in February of 2009.

Fox's Prison Break began as the story of a structural engineer who intentionally botched a bank robbery in order to be thrown into prison alongside his brother, who was on death row. The show's fourth season is set to begin next month.

A Brash Entertainment representative confirmed the above details, but could offer no additional information on the project. 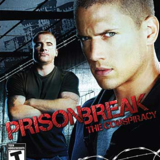