Nintendo's Virtual Console for the Wii has become well stocked with classic games from a variety of veteran developers, and one of the leading contributors has been Hudson Entertainment. With the launch of WiiWare for Nintendo's console this year, Hudson has been just as inclined to lend the service original downloadable games such as Star Soldier R and My Aquarium. Today, the Japanese publisher announced two more WiiWare additions: Bomberman Blast and Alien Crush Returns.

Bomberman Blast offers a new take on Hudson's demolitions-expert mascot, with the most notable addition to the classic bomb-or-be-bombed action strategy game being online multiplayer. The game will support worldwide online play for up to eight, with up to four players from a single console able to join a match. Online play will be augmented by the addition of leaderboards and tournaments.

The game will also support Mii integration, in that players can take to the grid of battle with avatars of their own creation. Other features slated to appear in the WiiWare game include a variety of arenas as well as tweaks to the tried-and-true Bomberman formula, such as new weapons.

Alien Crush Returns is a remake of Hudson's sci-fi pinball game released for the TurboGrafx-16 in 1988. Classic pinball given an interstellar twist, Alien Crush Returns features extraterrestrial landscapes in which aliens attempt to impede players' pinball shots from hitting their targets. The game will feature online support for head-to-head score showdowns, as well as leaderboards and tournaments.

Hudson has not yet revealed pricing information or release dates for the downloadable games. 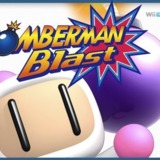