Space Crew is a space simulation game, and you'll be able to fight off alien threats later this year on PC, Switch, PS4, and Xbox One.

Bomber Crew is getting a sequel--Space Crew has been announced as part of the Future Games Show, and it will, as the name suggests, take the action into space. The game will sport a similar pixel art-style to its predecessor, but now you'll be working on a spaceship instead of a WWII fighter.

You'll be able to customize your ship in terms of both its form and the weapons equipped to it, recruit unique team members, and deal with aliens when they board your ship. It looks a bit like FTL, but without the roguelike elements.

A trailer is below. The game is set to release on PC, Switch, PS4, and Xbox One in September 2020.

You'll also be able to try out Space Crew later this week--the game is part of the Steam Summer Games Festival, and a demo will be available on its Steam page from June 16-22.

GameSpot did not review Bomber Squad, but the Switch version--which has the most reviews--has an average rating of 75 on GameSpot sister site Metacritic. 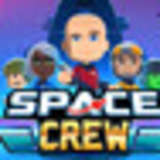