Ex-Bizarre Creations developer reveals company was working on new racing game with "intense" visuals before being shut down last year.

Video footage of now-defunct Blur developer Bizarre Creations' final project has emerged. Former developer Chris Davies posted a pair of videos to his blog this weekend, providing a look into an untitled and unfinished racing game that is not likely to ever exist in reality.

The first video represents a 2010 prototype that used assets from Blur as a means to "try out some new ideas." One of these new ideas was more "intense" visual effects that would affect a player's experience by having them drive through a storm or dodge weapons.

A second video, which showed off a level set in Dubai, depicts the same project, but in a more advanced, near-alpha state.

Davies also revealed that Bizarre was working with an entirely new and internally developed game engine at this point, though the company would be shut down before ever getting to ship a title with the new technology.

"It’s a shame this thing will never be played," Davies wrote. "But at least it still lives on in some way in these videos."

Bizarre Creations closed during February 2011 after more than two decades of continuous operation. The shop came to prominence in 1996 with the release of its Formula One game for the original PlayStation, and would later become best known for its work on the popular Project Gotham Racing series. The studio was also behind the popular retro-arcade game Geometry Wars, which was released for the PC and Xbox 360, with a spin-off hitting the DS and Wii.

In 2007, Bizarre Creations was bought by Activision, for whom it developed two games: Blur and James Bond 007: Blood Stone. Neither title was a breakout hit, so as part of a round of cost-cutting in late 2011, Activision made the decision to close the studio--which, at its peak, employed around 200 people. 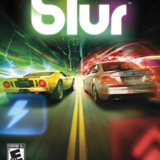