French developer Cyanide is readying an all-out blitz on gamers with four versions of Blood Bowl. The studio was first revealed to be adapting Games Workshop's tabletop board game last year, and as of August was only making a PC edition of the game.

The company is now touting a year of growth that saw it open a Montreal satellite studio, and expand its offerings beyond PC games and onto console and handheld titles, as well as middleware. That's not the only expansion the company has made, as today it today it confirmed Xbox 360, Nintendo DS, and PlayStation Portable versions of Blood Bowl.

Cyanide also revealed a release window for Blood Bowl, saying it should sack gamers in late 2008. 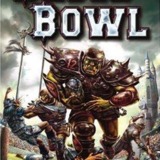