ANAHEIM, California--For many, this morning's keynote address from Blizzard president Mike Morhaime was a bit anticlimactic. After revealing Starcraft II, World of Warcraft: Wrath of the Lich King, and Diablo III at three consecutive events, Blizzard had nothing new to report on a new game from the company. That changed during the Starcraft II panel, as Blizzard's Rob Pardo revealed that rather than a single real-time strategy game, Starcraft II will now be released as a trilogy. 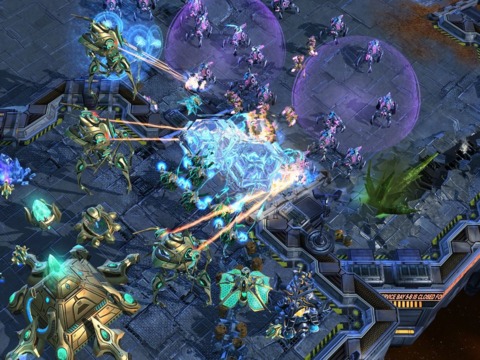 After bemoaning the fact that Starcraft II was shaping up to be an undertaking far larger than the previous game, Pardo said the first game in the series--subtitled Wings of Liberty--will focus on the Terrans. Specifically, it will seek to resolve the conflict between Jim Raynor and Kerrigan, which was the crux of the original Starcraft. The second game, Heart of the Swarm, will focus on the Zerg, while the final game, Legacy of the Void, will be devoted to the Protoss.

Pardo noted that each release will be a fully fledged campaign, featuring 26 to 30 missions apiece. The celebrity World of Warcraft designer also noted that while the ending of each game will be set, the middle of the game will play heavily to player choice, allowing for branching storylines. Pardo also said that the second two releases could be considered expansion packs, but that "we really want them to feel like stand-alone products."

Unfortunately, Pardo did not reveal when the first game in the trilogy will arrive. For more on Starcraft II--now the Starcraft Trilogy--check out GameSpot's previous coverage.

There are 749 comments about this story
Load Comments (749)