Details surrounding Blizzard's next-generation massively multiplayer online game--currently code-named Titan--are unsurprisingly scant. The game has been confirmed as playable, but other details--such as a setting, a release window, or an official name--are not available. However, a job listing at Blizzard offers new information about the title, indicating that Titan may include in-game advertisements in some form.

A new job listing at Blizzard for a franchise development producer calls for a person to oversee the company's new MMOG in regard to its overall brand strategy. Part of this, according to the description, includes managing "product placement" within Titan.

"Work with major consumer brands to facilitate product placement and licensing within the world of Blizzard Entertainment's next-gen MMO that enhances the gameplay experience," reads a line from the requisition.

The rest of the job listing describes how the person selected for this position will work to extend the brand to non-gaming properties such as books, action figures, comics, short movies, and apparel. As of press time, Blizzard had not responded to GameSpot's request for comment on the matter.

For more on Titan, check out GameSpot's previous coverage. 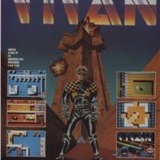