Blizzard's Heroes of the Storm alpha: characters cost between $3.99 and $9.99

Blizzard points out that its current pricing for the Heroes of the Storm technical alpha is subject to change in the future.

Blizzard has launched the technical alpha for its upcoming MOBA Heroes of the Storm, and invited the first wave of people to play the game in its early development stages. Did you get in?

The game follows a purchase model similar to League of Legends, in that the game rotates through a pool of free heroes but players can permanently add the character to their roster by spending real money or in-game gold. BlizzPro collated the prices.

23 heroes, plucked from StarCraft, Warcraft, and Diablo, are available in the current version of the beta, and Blizzard has opted for three tiers of pricing--the cheapest heroes cost $3.99/2000 gold, whereas the most expensive heroes go for $9.99/10,000 gold.

Blizzard has mentioned a couple of important caveats: the pricing right now is being experimented with, so they are subject to change between now and the game's eventual release. The other thing is that players in the alpha will have their accounts wiped in the future, losing their purchases and in-game gold. If you spend real money during the alpha, the money will be credited back into your Battle.net account when the servers are wiped.

The hero pricing tiers for the Heroes of the Storm technical alpha: 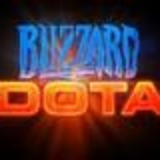