Blizzard offers three of its earliest games for free

Three years before it would become known as Blizzard Entertainment, the company now famous for creating the Warcraft, Diablo, and StarCraft series was making games as Silicon & Synapse. Three of the games from Blizzard's early years--The Lost Vikings, Rock N' Roll Racing, and Blackthorne--can now be yours for free.

As discovered by BlizzPro, Battle.net members who check out the list of games associated with their accounts will find all three now listed under the "Classic Games" section that is home to titles like StarCraft and Diablo II. Even without a Battle.net account, they can be downloaded by going here. All three are available for download on Windows computers; Blackthorne is the only one also available for Mac users.

It would appear this promotion is intended for gamers in the United States (though exactly why these games are suddenly free is unclear, as Blizzard has made no announcements). However, gamers from outside the U.S. can get around this restriction, as BlizzPro notes you can manually change your region at the very bottom of the page--the one you want is "Americas - English (US)."

Both The Lost Vikings and Blackthorne are single-player 2D platformers, the former of which incorporates puzzles. Rock N' Roll Racing, as you might imagine given the name, is a combat racing game. All three were released on computers as well as consoles, and were eventually brought to Game Boy Advance under the Blizzard Classic Arcade label.

Have you ever had the chance to play any of these games, or will this be your first opportunity to try them out for yourself? Let us know what you think of them in the comments below. 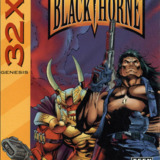