The release of Warcraft III: Reforged did not go as well as Blizzard would have wanted. Not long after release, fans remarked that the remaster of the iconic RTS was lacking in several areas. Now, Blizzard's president has responded, promising future updates to improve the experience.

"Honestly, it's been a bit of a hard week," J. Allen Brack said during an Activision Blizzard earnings call. "Our community has come to expect really amazing things from us, and we've heard from them that we have not achieved that bar."

Brack went on to say that Blizzard plans to support Reforged in the future with updates, while it also aims to communicate with fans about the next steps for improving the game.

"We stand behind our games and have consistently shown that we not only support them but we continue to build on them, even after launch. We're committed to doing that here as well," Brack said.

The executive is repeating what Blizzard's own Randy "Kaivax" Jordan said earlier this week. Jordan took to the company's forums to discuss Blizzard's plans for Reforged, specifying that the team is "fully committed to supporting the game [and the Warcraft 3 community] for a long time to come." This includes preparing a patch scheduled to go live later this week that will address mismatched color and shading modules, portrait animations and audio bugs, UI fixes, and more.

Many fans have noted that certain cutscenes failed to live up to what Blizzard had previously shown during BlizzCon 2018. Jordan said the lack of re-animated cutscenes was, essentially, to keep the original spirit of Warcraft 3 intact.

"[W]e did not want the in-game cutscenes to steer too far from the original game," Jordan said. "We went a little deeper into the thought process behind that at the show, but the main takeaway is that the campaigns tell one of the classic stories in Warcraft history, and we want to preserve the true spirit of Warcraft 3 and allow players to relive these unforgettable moments as they were (albeit rebuilt with new animations and the higher fidelity art)."

"[W]e want to say we're sorry to those of you who didn't have the experience you wanted, and we'd like to share our plans for what’s coming next."

For more on Reforged, check out GameSpot's hands-on impressions piece, "Warcraft 3 Remains Fun But Reforged Is A Disappointment On Many Fronts." 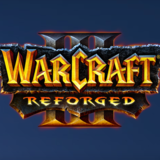