BlizzCon's full schedule has already been revealed and there's no mention of the Blizzard Arcade Collection, though it could be a surprise announcement during the digital event.

The three games in the Blizzard Arcade Collection are old titles in the company's back catalog. The Lost Vikings, a puzzle platformer, was originally released in 1993 for retro consoles like the Amiga and NES before making its way to Battle.net as a free download in 2014. Both the cinematic platformer Blackthorne and the vehicular-combat racer Rock N' Roll Racing followed a similar trajectory becoming free downloads on Battle.net in 2013 and 2014, respectively.

This isn't the only piece of information to have leaked before BlizzCon Online starts. Details about upcoming World of Warcraft content, such as the re-release of The Burning Crusade expansion and Shadowlands' upcoming Chains of Domination update, were revealed allegedly by accident. It was reported that Blizzard Entertainment published those press releases early.

BlizzConline this year will provide some updates on important projects coming from Blizzard. This includes a "sneak peek" at something Overwatch 2-related, potential details about the big Diablo games (Diablo IV and Diablo Immortal), and more Hearthstone content. 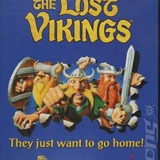