New adventure title from Arc System Works to be out in winter 2012; platform yet to be announced.

Developer Arc System Works is known for fighting game titles such as the Guilty Gear and BlazBlue series, but the company is branching out with the recent announcement of Xblaze.

According to a report on 4Gamer, Xblaze is the first game in an "adventure project" series and is slated to come out in winter 2012. BlazBlue producer Toshimichi Mori said that the second entry in the series is currently in the works. The slide presentation of Xblaze shown at the end of an official BlazBlue Continuum Shift 2 tournament seems to indicate that the game will have ties to the BlazBlue story.

No platform has been announced for this project at this point. For more information on the recent console iteration of the fighting game, check out GameSpot's recent coverage on BlazBlue: Continuum Shift Extend. 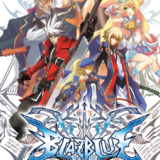