GameStop is discounting the hit 2D Mario game by more than 50% during its big Black Friday sale, but other retailers will have some nice deals on it as well.

Black Friday 2020 is almost here, and there will be plenty of great gaming deals to take advantage of during the big shopping event this year. Although it's still rare to see Nintendo-published games go on sale, a number of them will be discounted at various retailers as part of their Black Friday sales, including New Super Mario Bros. U Deluxe. 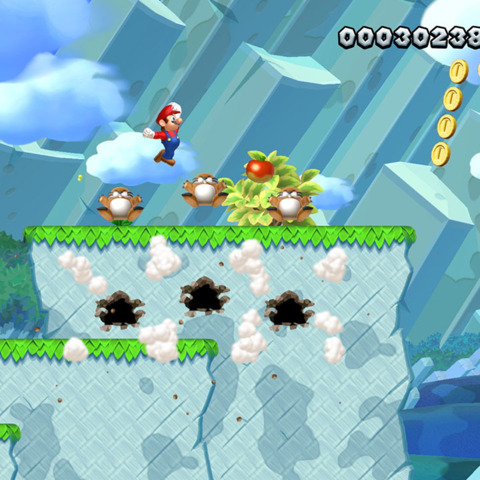 The best price we've seen so far will be at GameStop. You'll be able to snag a new, physical copy of the game there for only $27--more than 50% off its standard price. This deal starts alongside GameStop's main Black Friday sale at 6 PM PT / 9 PM ET tonight, November 25. If you miss out on that doorbuster deal, Walmart will have the game for $30, while Best Buy currently has it for $35--considering it rarely falls below $40, all of these deals are notable.

See at GameStop
See at Walmart
See at Best Buy

New Super Mario Bros. U Deluxe is another enhanced Wii U port. This one packages Wii U launch game New Super Mario Bros. U together with its more challenging DLC expansion, New Super Luigi U. The collection also features a few other new elements, including a new playable character in Toadette, who can pick up an exclusive new power-up called the Super Crown to transform into the beginner-friendly Peachette.

"Despite its aging formula, New Super Mario Bros. U Deluxe is still a great entry in the series, with its typically tight platforming and both accessibility and depth to spare," we wrote in our New Super Mario Bros. U Deluxe review. "While it can feel a bit stale for those who have been round the Mushroom Kingdom one too many times before, Deluxe is well worth playing, especially if you didn't get a chance to play NSMBU on Wii U."

A few other big first-party Switch games will also be on sale at various retailers this year. Luigi's Mansion 3 and Super Mario Maker 2 will each be down to $30, while Fire Emblem: Three Houses will be on sale for only $27. There are also plenty of first- and third-party game deals to choose from in the Nintendo Switch eShop's Black Friday sale.