Pearl Abyss has taken the leap into cross-play with Black Desert, creating overlapping servers for PS4 and Xbox One.

The console editions of Black Desert has finally joined the likes of Final Fantasy XIV Online: A Realm Reborn, adding cross-play servers for PS4 and Xbox One.

This update is not completely compulsory, with Players having the option to choose between cross-play or platform-exclusive servers.

Each region will be able to play the PvP modes Conquest War and Node War on the new cross-play servers on March 8 to celebrate the new update and allow new partnerships and rivalries to flourish.

Alongside these activities, an in-game event will be added for new and returning players. This event will allow players to get the Cliff and Awakening weapon boxes through completing special quests. Additional rewards can be found by locating treasure chests in the ocean.

The Archer class and Kamasylvia region have also been added to the PS4 edition, bringing it up to date with the Xbox One version. 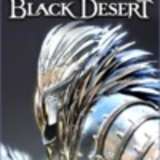