UK retailer offering online rentals
Whereas GameFly is broadening its game-distribution network, UK game retailer GAME will be cutting out the middleman entirely. The company is now offering on-demand PC-game rentals, through the use of France-based Metaboli online distribution service. The service comes in two tiers, with the ultimate collection currently offering a 149-game selection that includes new games for £12.95 (approximately $25.50) a month and the essential collection offering 116 games at £6.95 (approximately $13.70) a month. Both tiers offer unlimited access to their respective catalogs. The service is currently only available to UK residents.

FreeStyleGames gives wings to energy-drink-maker
With Sneak King and other Burger King classics achieving combined sales of more than 2 million within four weeks on the market, the adver-gaming space is garnering more attention. FreeStyleGames today announced it would be partnering with Red Bull to develop games featuring the energy drink. According to FreeStyleGames commercial director Chris Lee, "It's important to stress that we're working hand in hand to codevelop and design compelling, triple A titles that will be a true reflection of the Red Bull Energy Drink brand, as well as great, original gaming experiences in their own right."

Motion-sensing peripheral maker secures $14.6M
Last year, In2Games and publisher Mad Catz released Real World Golf in North America on the Xbox, PlayStation 2, and PC. While the game received middling reviews, it packed in a motion-sensing peripheral to more accurately simulate the game. In2Games is now planning to bring that tech to the PlayStation 3 and Xbox 360, and today the company announced it has secured £7.4 million (approximately $14.6 million) to see that happen. Dubbed Gametrack Fusion, the company is positioning the wireless motion-sensing technology as Sony and Microsoft's solution to Nintendo's Wii Remote. The product is slated for a fall 2007 release.

Cartoon Network promoting content on PS3, Wii
With Microsoft's Live Anywhere initiative blurring the lines between PC and console content, at least one company is following its lead. Cartoon Network New Media announced today it would be bringing Web-based game content to the PS3 and Wii. Titled Mega Series, the application was designed by AFI Digital Content Lab and provides a Web-based platform for Cartoon Network to promote shows using the Flash capabilities of each platforms respective Internet browsers. The application is designed to provide an interactive gaming element to video on-demand shows, and it will focus on episodic content. 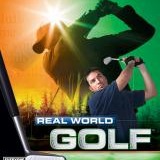