Earlier this month, Activision shuttered its Liverpudlian development studio Bizarre Creations. While the racing specialist shop behind games like Project Gotham Racing and Blur only recently ran out of gas, some of its former employees are already climbing back behind the wheel.

Lucid Games today announced its arrival to the world, describing itself as "a phoenix group" rising from the closure of Bizarre Creations, with a stated mission "to create for fun, quality, and simplicity." Currently, the studio is looking to hire artists, programmers, and designers, with an aim to eventually grow to more than 50 employees. Lucid also said that it is talking to a number of publishers about potential projects.

In 2007, Bizarre Creations was bought by Activision, for whom it developed last year's Blur and James Bond 007: Blood Stone. Neither title was a breakout hit, so as part of a round of cost cutting late last year, Activision made the decision to close the studio--which, at its peak, employed around 200 people.

For more on Lucid, check out the studio's official site. The company has set up an e-mail address for prospective employees and is taking meetings for next week's Game Developers Conference in San Francisco. 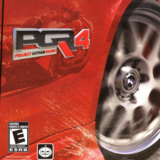