The gaming industry has been beset by hackers for weeks, with Electronic Arts and BioWare the latest to confess having users' personal info swiped from their servers. EA today confirmed that about 18,000 accounts on its Neverwinter Nights forum were compromised by "a highly sophisticated and unlawful cyber attack," which it first learned about earlier this week.

The publisher characterized the breach as "extremely limited," saying only a small percentage of the accounts were impacted. As for what information was exposed, EA said it included account names, e-mail addresses, passwords, country, and birth dates for users. Older accounts (BioWare Legacy Accounts) were disabled, while more recent EA Accounts need to have their passwords reset before being used again. The publisher has not indicated who was responsible for the attack.

In response to the breach, EA said it has secured the forum's server system and "launched an ongoing evaluation of the seriousness of the breach." Impacted users should have received an e-mail notification from EA.

Electronic Arts and BioWare join an increasingly inclusive list of game makers that have reported being hacked and losing customers' personal information this year. While Sony's high-profile breach was the largest of the gaffs, Codemasters, Bethesda, Epic Games, Minecraft maker Mojang, and CCP have reported attacks or service disruptions due to hackers in recent weeks. 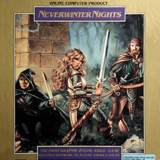