The politician has appeared as a cheeky cameo in the game's latest update.

Back in 1999, fighting game Guilty Gear got an unexpected mention from then President of the United States Bill Clinton, with the politician condemning an advertisement for the game that sported the slogan "kill your friends, guilt free." Now, Clinton has been given a front-row seat to the game's violent action, with a portrait of the former president appearing in Guilty Gear Strive's latest update.

The original Guilty Gear was just one of a number of game mentioned by Clinton in a 1999 speech warning about video game violence, with the politician specifically concerned about violent messaging in video game ads. While a number of game taglines were read out in the speech, Clinton holds up an image of the offending Guilty Gear ad, specifically singling out the fighting game.

While Clinton's speech didn't seem to make a big impact at the time, the clip resurfaced on social media earlier this year. Guilty Gear fans took the presidential condemnation as a badge of honor, especially considering the cult classic game was fairly niche when it first released in the US.

Now, over two decades after his campaign against Guilty Gear's supposed violent messaging, Clinton has been immortalized within the game. Eagle-eyed fans spotted a blurry but still distinctly recognisable rendition of the white-haired politician within the game's Digital Figure mode, which was added to strive in the latest update.

I booted up figure mode in Strive and I am happy to say we have come full circle. pic.twitter.com/hn0v3RFEu8

The latest update arrived on March 28, adding the new White House Reborn stage as well as new character Testament, and the Digital Figure mode. Developer Arc System Works has also announced its plans for the game's second season pass, which will include four new playable characters, as well as adding cross-platform play between PlayStation consoles and PC. 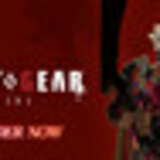