Who was there: The name Bill Budge isn't likely to ring any bells for the average gamer. However, to a generation of the most influential game makers, he is an icon. Having received a Pioneer Award at last night's Interactive Achievement Awards, Budge returned to the DICE 2011 stage to discuss his career.

What he talked about: The presentation began at the not quite beginning of Budge's career, when EA cofounder Trip Hawkins convinced him to join the publisher. Having gone it alone in the gaming business until then with his own company (BudgeCo), Budge said that he eventually relented to Hawkins' aggressive recruitment when he realized that the business was changing. To make an impact, Budge realized, it was important to have a presence and a sales force. Both of these things he felt confident Hawkins could provide.

Budge said that he became interested in computers in 1978, while a grad student at Berkeley. His first computer was an Apple II, and he said it was incredibly difficult to track one down back then, and not just because he was a poor grad student. Once he finally did locate one, he said that it was so precious to him that he would put it back in the box whenever he wasn't using it to program.

As for software, there weren't really any software stores back then, and people largely swapped programs that they had made between one another. The first games he created, he said, were largely clones of what was already out there, such as Pong. He quickly realized that design work wasn't his forte; rather, what he enjoyed was the programming of software.

During these days, he was also working at Apple. He said that he got his interest in pinball from the people at Apple, who were fanatical about it. He'd watch them play, see their favorite machines, and then take note of the features they liked. He then realized that it would be possible to do an accurate pinball game on the Apple II and repurposed his first Pong game to make it happen. Out of this game came Budge's breakout hit, Raster Blaster, which he said would become the biggest hit for BudgeCo.

At this point, he said he was being courted by a number of companies, including one that dealt with licensing and had a ridiculous idea for something called "Teenage Mutant Ninja Turtles," which he passed on.

He next created the landmark title Pinball Construction Set. The game was noteworthy for a number of reasons, not the least of which was that it pioneered the idea of user-generated content. Budge said that the idea for giving players the ability to build their own maps largely came out of the fact that he was never particularly good at design. He was also influenced by his time at Apple, which emphasized letting the user control the system's interface and graphics.

After working at EA for a few years, Budge took a breather from the industry but eventually resurfaced at 3DO. There he was very much a behind-the-scenes player, a marked difference from the rock star persona that EA was attempting to cultivate out of its developers back then. One of his notable contributions for 3DO was creating the 3D engine for the sci-fi helicopter shooter Blade Force.

After returning to EA briefly, Budge went on to work at Sony, where he built a tools frame that was widely used by the publisher for creating in-house games. Currently, Budge is with Google, where he's working on a program called nativeclient, which deals with browser-based software.

Quote: "I was essentially a copyist."--Bill Budge, on why he gave power to the players with Pinball Construction Set.

Takeaway: It seems apparent that Budge didn't set out to be a pioneer within the gaming industry. However, by simply following his passion for programming, he was able to create a portfolio of work that went on to inspire a generation of programmers. 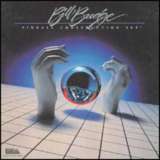