Best RPGs Of 2021 According To Metacritic

2021 brought a wide variety of great role-playing games, from Shin Megami Tensei V to Tales of Arise and many more.

The role-playing genre isn’t just one of the oldest in the gaming industry, it’s one of the most enduring as well. From turn-based JRPGs to Western RPGs with an action-based approach, great RPGs come in all different stripes. They can devour hours of your time, transport you to another land, and make all your in-game effort pay off when the day is eventually saved. Which RPGs are the best of 2021 though? We've put together a list using data gleaned from GameSpot's sister site Metacritic, and it includes PlayStation, Xbox, Nintendo Switch, and PC games.

Some of the entries likely won't surprise you, but the list below is a wonderful example of how the RPG genre remains magical with its ability to constantly reinvent itself.

The return of Ryza may look like a stock-standard RPG, but beneath a few well-worn tropes there's a game that excels at providing a familiar and thoroughly enjoyable role-playing experience. Effortlessly charming with its cast. The alchemy system is now easier to get the hang of, battles have more visual flair, and exploration is a scenic detour when you're not being interrupted by slime monsters. Atelier Ryza 2: Lost Legends & the Secret Fairy isn't a revolutionary JRPG, but it's pure digital comfort food that'll cast a spell on you. Atelier Ryza 2 is available on PlayStation, Switch, and PC.

Proving that it was still every bit as magical today as it was more than three decades ago, Final Fantasy IV Pixel Remaster plays like a love letter to the original genre-bending masterpiece from a bygone era. With a new orchestral soundtrack, quality-of-life updates, and every pixel of the original upgraded to a more modern standard, the classic tale of Cecil Harvey and his quest to save the Blue Planet is still a JRPG for the ages. Setting a new benchmark for dramatic storytelling at the time, Final Fantasy IV Pixel Remaster is a great remaster of a historically-significant game. The remaster is available for PC.

One of the best-kept secrets in gaming, Shin Megami's latest chapter is another example of artistic JRPG precision from Atlus. Caught in the middle of a demonic invasion, Shin Megami Tensei V builds on the efforts of the past with a familiar combat system and just enough added complexity to remain interesting throughout its lengthy runtime. Challenging to play and merciless with the heavy themes that it throws at you, Shin Megami Tensei V is still an approachable JRPG and one that you don't want to miss out on if you've been looking for a different experience. Shin Megami Tensei V is a Nintendo Switch exclusive.

With more than two decades behind it, the latest entry in the Tales series is an epic for the ages. With anime-inspired visuals and a great cast of characters, Tales of Arise combines an energetic combat system with a more streamlined approach to exploration that's perfect for both newcomers and longtime fans of the franchise. A satisfying feast for the eyes and ears with its breathtaking design, Tales of Arise is a fun chapter that paves the way for a new era of the long-running JRPG series. Tales of Arise is available on PlayStation, Xbox, and PC.

A great RPG takes the time to focus on the characters that you'll be spending most of your time with, and Wildermyth is a terrific example of just how important a solid narrative foundation can be. Wildermyth's execution of its story is ambitiously flexible and has an impact on your party throughout the course of your adventure. Characters evolve and change within the confines of its pen-and-paper design, each turn reveals more depth to the world around you, and the overall aesthetic feeds into the game's wonderfully charming design. A standout game in its genre, Wildermyth uses clever writing and intelligent tactics to forge its own path forward. Wildermyth is available on PC.

Ender Lilies: Quietus of the Knights

A good Metroidvania is its own reward, and Ender Lilies: Quietus of the Knights certainly hits all the right notes for a game that gives you a massive world to explore, new abilities to unlock, and challenging enemies to vanquish. That's part of the standard package in this genre, but what sets Ender Lilies apart from its contemporaries in the field is that it doesn't feel like it's merely ticking off boxes on a Metroidvania checklist, but it's genuinely attempting to push the genre forward.

That drive is realized with some truly mesmerizing boss fights, satisfying combat mechanics, and an art direction that makes good use of its haunting gothic inspirations to create an elegant kingdom of danger. Ender Lilies is an incredibly satisfying dive into familiar territory, but it makes smart changes to the formula that genre fans will appreciate. Ender Lilies is available on PlayStation, Xbox, Switch, and PC.

The best Monster Hunter experience that Switch fans could ask for, Rise takes all of the lessons learned from the phenomenal Monster Hunter World and applies a few new ideas to the mix. Combining tried and tested series gameplay mechanics with more action-focused levels and accessibility features, Rise is Monster Hunter at its most inviting and still leaves plenty of room for veterans of the hunt to sink their teeth into a meaty experience. Monster Hunter Rise is available for Switch and will launch on PC in January.

Few games have had as much of an impact on the digital landscape as Final Fantasy VII, and after years in development, the first part in a massive remake project proved that Cloud Strife's journey across the world of Gaia was well worth returning to. Final Fantasy VII Remake Intergrade is the ultimate form of that first chapter, an update that takes full advantage of the PlayStation 5 to deliver a game that's obscenely-detailed. Everything looks like a million bucks, and the inclusion of a dedicated episode starring fan-favorite Materia hunter Yuffie is just icing on the Shinra cake.

One of the finest franchises from BioWare, Mass Effect made a big return in 2021's Legendary Edition compilation of the original trilogy. Packing almost every single piece of DLC into its frame, dialing up the presentation to a more modern standard, and tinkering with the architecture of those games, Mass Effect: Legendary Edition is a spacebound RPG collection that offers plenty of value for the money. While some aspects haven’t aged as gracefully in the years since Mass Effect launched, the overall package is a lengthy and enjoyable romp across the stars with a second coat of digital paint and some well-received quality-of-life updates under the hood. Mass Effect Legendary Edition is available on PlayStation, Xbox, and PC.

Disco Elysium starts with a man strung up on a tree in the middle of town, kickstarting a chain of events in a wild and sprawling detective story that pulls no punches as it tackles themes of inner demons, mental conflict, and the lingering damage done by self-destructive habits. Filled with dozens of mysteries and an overarching exploration of how society shapes the world around us, the Final Cut of Disco Elysium at its very best. Filled with a fresh cast of voice actors, new distractions, and tweaks to the gameplay, it doesn't get much better than seeing a lovingly-crafted game capture lightning in a bottle twice. It's the ultimate edition of one of the definitive and most well-written RPGs of the last decade. Disco Elysium is available on PlayStation, Xbox, Switch, and PC. 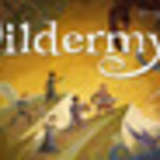