If you have a nostalgic gamer on your holiday shopping list, we've rounded up 26 great retro gift ideas they're sure to love.

While many gaming fans will be on the hunt for PS5 and Xbox Series X deals this year, retro gaming still has its charm. A perfect gift for the older gamers in your household, a gift that bears the nostalgic look and feel of yesteryear's gaming scene is surprisingly easy to find and easily affordable. Mini consoles, home arcade stands, and retro-loaded merchandise have exploded in popularity over the years, and if you have a longtime gamer on your shopping list who loves these older brands, then we've got some shopping suggestions for you.

You can also check out our complete guide to retro gaming in 2020 for more gift ideas and inspiration, as well guides for Nintendo, PlayStation, Xbox, and PC gifts during the holiday season. 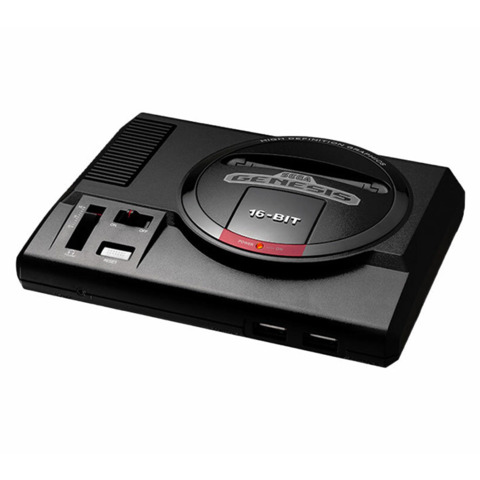 The Sega Genesis Mini captures the iconic essence of the original console in miniature form with 40 pre-installed games from Sega's 16-bit past--and two bonus ones. It comes with two wired controllers, an HDMI cable, and a power cable and USB adapter as well as games like Sonic the Hedgehog, Streets of Rage 2, and Earthworm Jim. 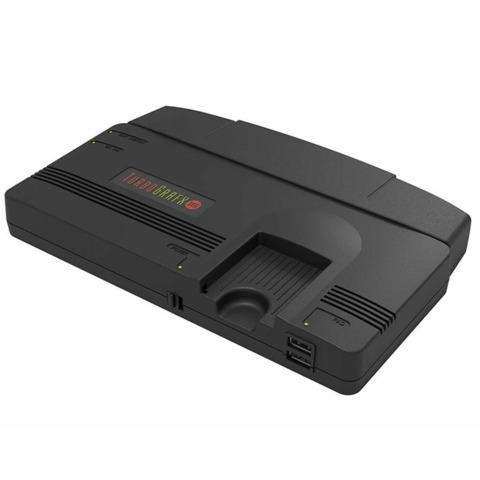 The TurboGrafx-16 wasn't as beloved in America as the Sega Genesis and SNES were, but its library of games are well worth revisiting. The TurboGrafx-16 Mini includes 57 pre-installed games from both the English TurboGrafx-16 library and the Japanese PC Engine library. This means you get Japan-only games like Castlevania: Rondo of Blood and Seirei Senshi Spriggan. There are even some great flourishes depending on the type of game format the original used: HuCard or CD. The TurboGrafx-16 Mini comes with the miniature console, a controller, an HDMI cable, and a power cable--you'll need a USB adapter to plug it into a wall outlet. 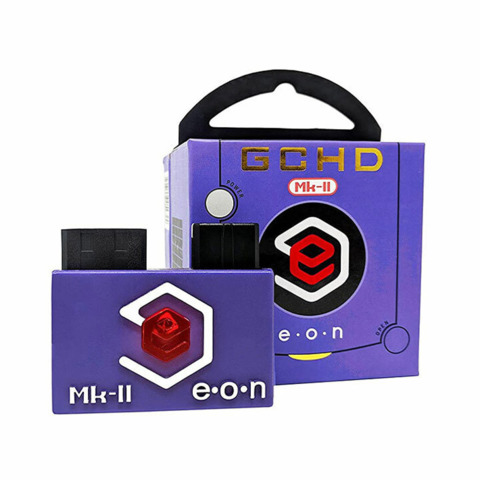 If you know someone who still loves playing their GameCube, then Eon Gaming's GCHD Mk II is the perfect device for connecting it to a modern TV with HDMI. It plugs into DOL-001 model GameCube consoles, which feature both the digital and analog video outputs on the back. Once plugged in, they can use an HDMI cable to connect it to their TV. The Mk II model of the GCHD also includes analog output, which can be utilized with compatible component cables. 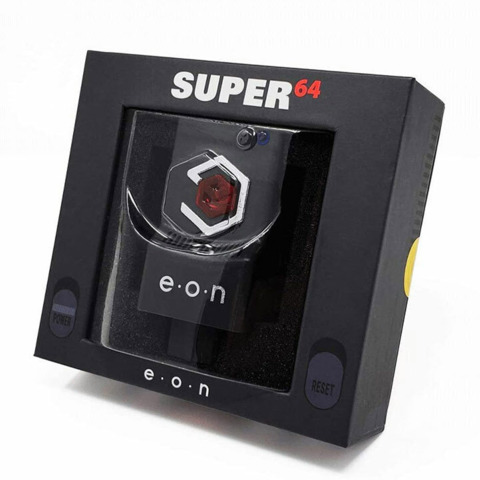 Like the GCHD Mk II with the GameCube, Eon's Super 64 lets users connect the Nintendo 64 to a modern TV with an HDMI cable. It's compatible with all N64 models and is easy to set up as well. The Super 64 also features a Slick Mode that applies a post-processing filter to smooth out the edges of the in-game models. 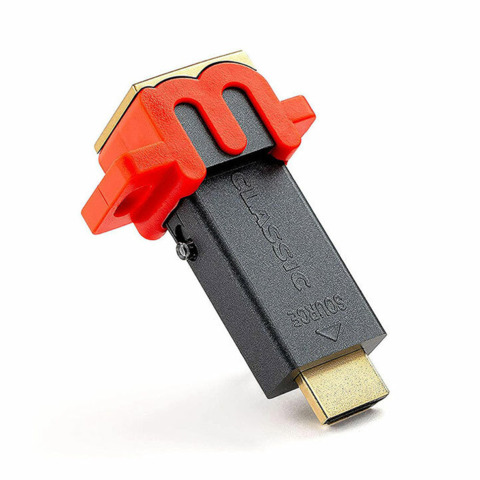 The mClassic is a plug-and-play graphics processor that applies post-processing effects to game consoles and scales content up to 4K. This makes jagged-looking games look smoother and sharper on 4K TVs. It's not a life-changing experience, but it does produce a nicer-looking image. It also works with any HDMI-connected device, including HDMI-capable retro consoles as well as the GCHD Mk II and Super 64 adapters. 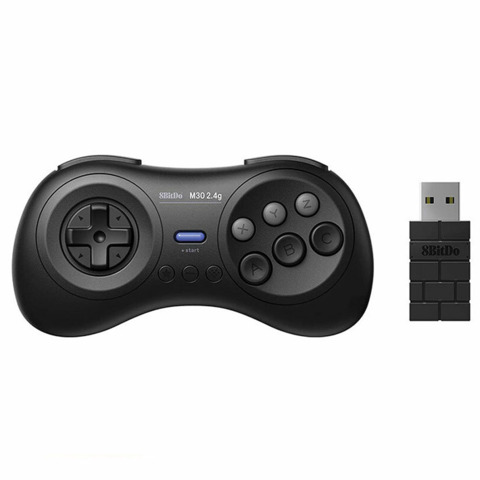 If you're shopping for a Genesis fan, then the 8Bitdo M30 controller is as good as it gets. It feels great to use with fighting games and retro titles, and you can use it on the Nintendo Switch, Sega Genesis Mini, and PC. Additionally, you can get a version that works with the original Sega Genesis. 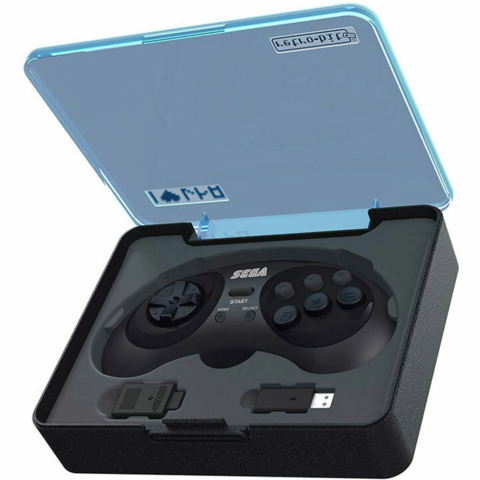 Retro-Bit's Genesis pad is great because it includes wireless adapters for both USB devices and original Sega Genesis consoles. It also comes in a very nice, blue translucent case, which makes for great safe-keeping when it's not in use. 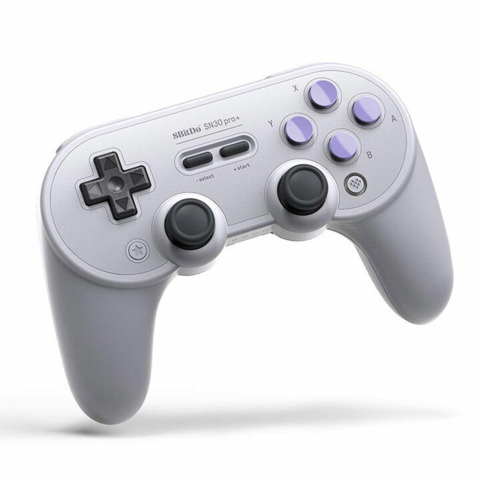 Nintendo Switch fans will get a kick out of the SN30 Pro+ controller, which features a lot of customization options and a look reminiscent of the Super Nintendo. Connecting it to a PC lets users customize everything from button remapping and macros as well as trigger sensitivity and more. It's one of the best Nintendo Switch controllers for a reason and works with nearly every game on the platform. 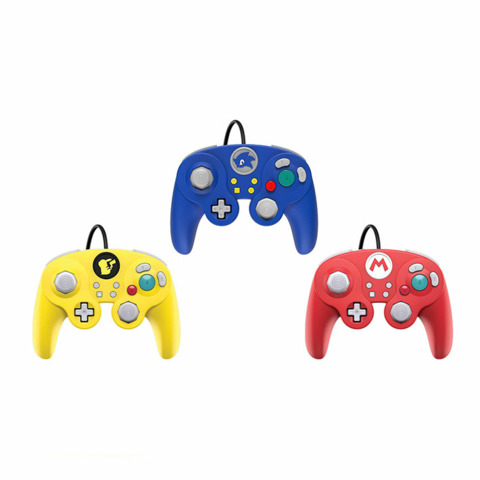 The PDP wired Fight Pad Pro is an excellent GameCube-style controller for the Nintendo Switch. It comes adorned with a number of different designs based on Super Smash Bros. Ultimate characters, including Sonic, Pikachu, and Mario. It also features interchangeable right sticks to allow for a more classic GameCube C-stick or a more modern analog stick. 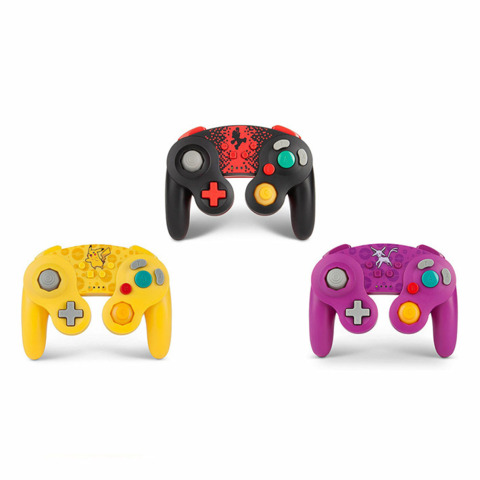 Those who prefer playing wirelessly will love PowerA's GameCube-style controller, which feels very close to an actual GameCube controller--though its triggers are not analog. It features a number of great Pokemon designs and requires two AA batteries. One of its best features is the fact that users can connect this controller directly to the Nintendo Switch, so no dongle is required. 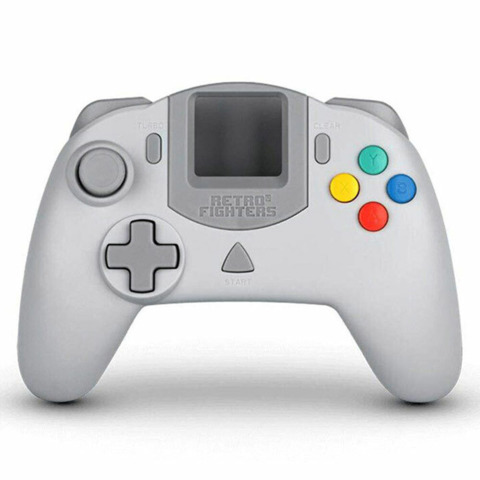 If your loved one is a Dreamcast fan, then this modern take on a Dreamcast controller will surely make them a very happy gamer. It takes everything a Dreamcast controller needs and puts a modern twist on it, making it feel more in line with controllers you'd see for current platforms. It comes in a number of different colors and can even fit the Dreamcast's LCD memory card, the VMU. 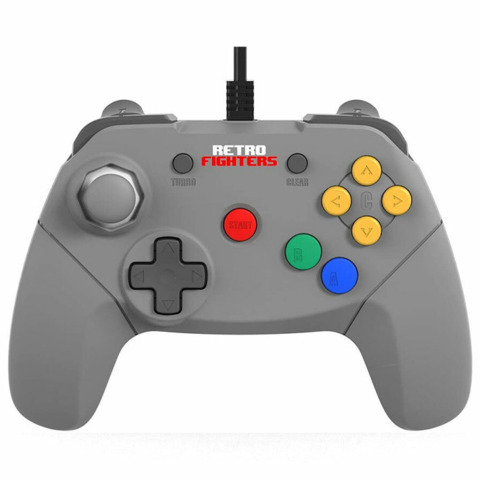 Retro Fighters' N64 controller, the Brawler64, is a modern take on Nintendo's classic pad. It comes with a new style of analog stick that is more comfortable for people used to modern controllers, in addition to larger C buttons and two Z buttons, the latter of which are positioned like the triggers on an Xbox One controller. This allows users to press whichever one is more comfortable for them depending on the game. 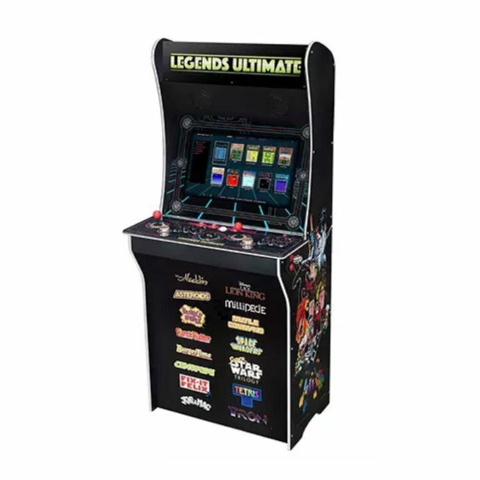 AtGames' Legends Ultimate Arcade cabinet is pre-loaded with 300 games, ranging from arcade classics like Space Invaders, Centipede, and BurgerTime to console hits like The Lion King and Aladdin. The Legends Ultimate has a sturdy and snazzy build, with a wide range of control methods. The cabinet comes with two joysticks, a trackball, two spinners, and two sets of six buttons. Additionally, you can plug in third-party controllers. What makes the Legends Ultimate so versatile is that you can easily load more games with the included add-on tool. The Legends Ultimate is hard to find, but it will be available at Sam's Club starting November 7. 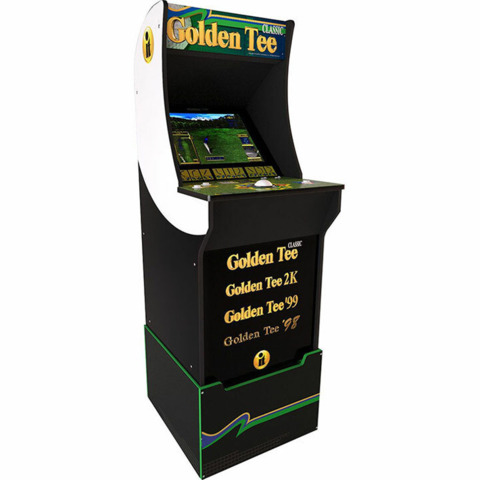 Arcade1Up makes some of the best and most affordable home arcade cabinets around, and the company's Golden Tee cabinet is a delight. Loaded with four classic Golden Tee titles, this cabinet has an incredibly authentic look and, more importantly, play style. It's on sale at Walmart throughout November for $300. It comes with a riser that ups the height to five feet, making it comfortable for standing play. 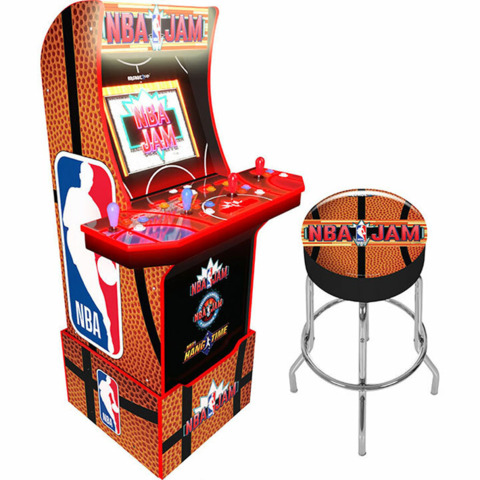 Arcade1Up's NBA Jam cabinet is one of the company's coolest machines yet. With a great design and excellent controls, this is arguably the best way to play classic NBA Jam--one of the best sports games of all time. This bundle at Best Buy also comes with a matching stool and riser. Unlike some other Arcade1Up cabinets, you can play online multiplayer in NBA Jam. It's loaded with the original game, NBA Jam Tournament Edition, and NBA Hangtime. 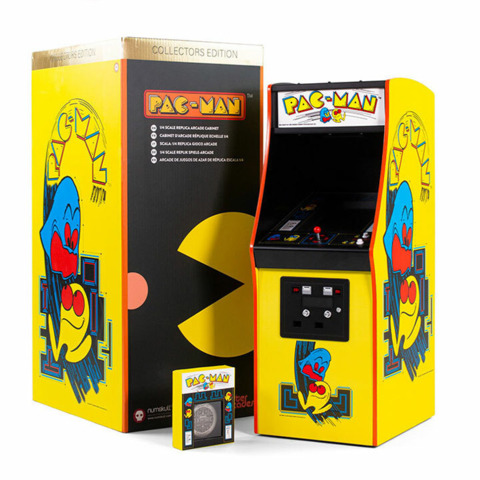 Numskull's Quarter Arcade cabinets are expertly handcrafted pint-sized machines that look great on a desk or shelf. At quarter scale, these are great gifts for those who may not have enough room for a full cabinet. The build quality is as good as any consumer full-size cabinet, though. You can pick up a Quarter Arcade cabinet for Galaga, Ms. Pac-Man, Galaxian, and Pac-Man (40th Anniversary edition) at the Geek Store for $130 each. 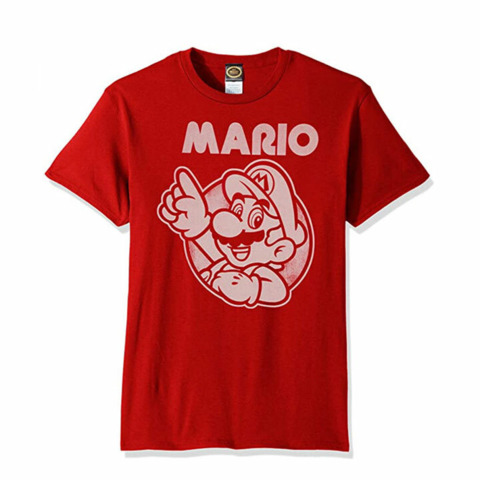 This classic Super Mario shirt comes in seven different colors, each of which complements the white graphic quite well. It's available in adult sizes ranging from small to XXL. 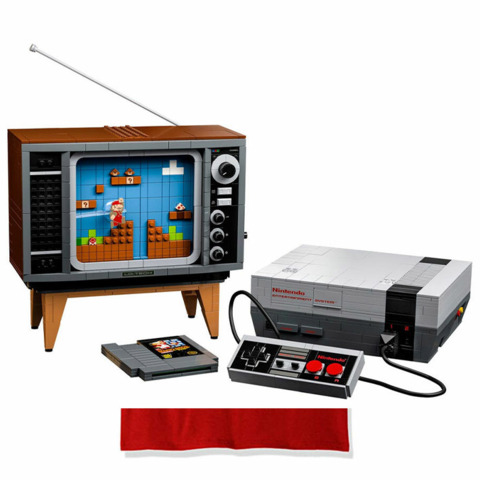 Temporarily out of stock

Retro Nintendo fans will surely appreciate the Lego Nintendo Entertainment System, which is by far one of the cooler kits Lego has released in years. The 2,646-piece set builds a replica console, controller, Super Mario Bros. cart, and CRT TV. It's an excellent display piece, especially when you turn the crank on the TV and watch Mario move across the screen that's constructed entirely of tiny Lego tiles. 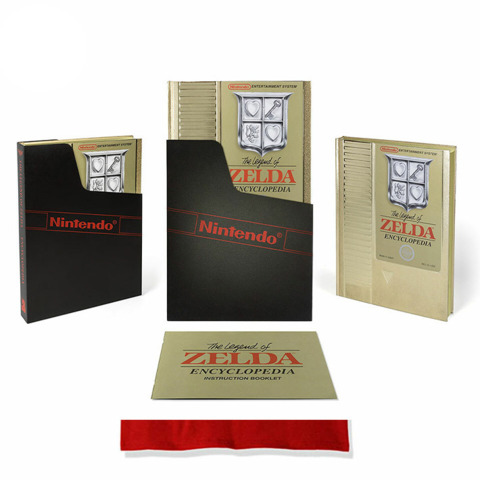 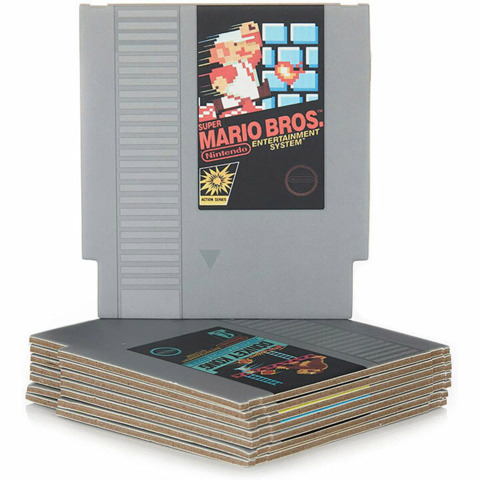 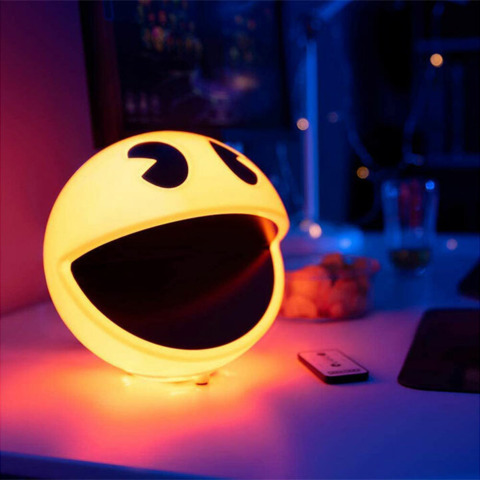 This remote-controlled lamp is bound to make Pac-Man fans smile. Measuring in at 6.5 x 7.5 inches, the lamp has multiple brightness settings as well as 12 classic Pac-Man sounds. 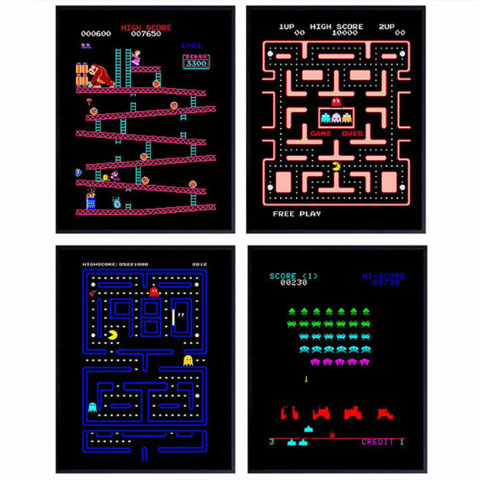 If you have a classic arcade game fan on your list, they might appreciate some decor to add to their game room walls. This set of four 8 x 10-inch prints features Donkey Kong, Pac-Man, Space Invaders, and Ms. Pac-Man. 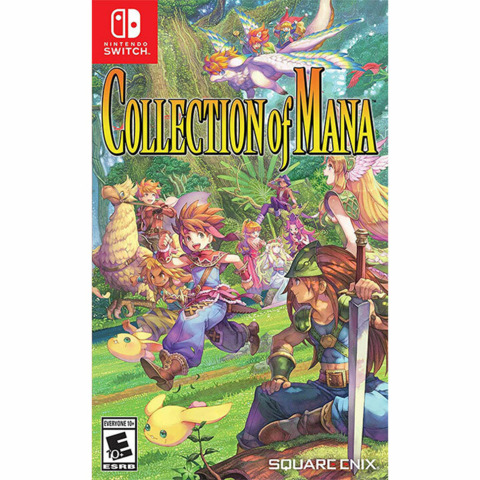 Collection of Mana brings Seiken Densetsu 3 (renamed Trials of Mana) to North America for the first time, and it features a full English localization as well. In addition to the rare game, this collection also compiles the excellent Secret of Mana and the series' first game, Final Fantasy Adventure. 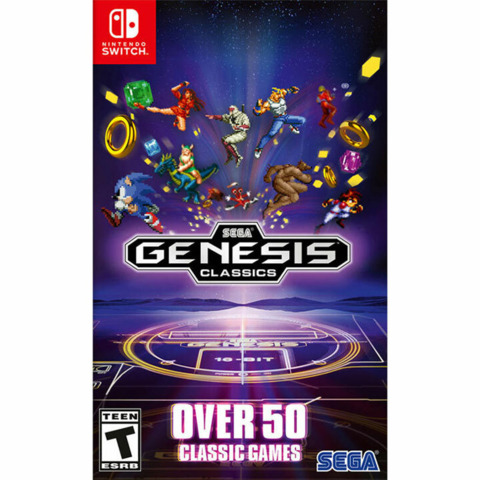 The Sega Genesis Mini is great, but Sega Genesis Classics features more than 50 classic games that users can play with their favorite console's controllers. It includes games like Gunstar Heroes, Sonic the Hedgehog, and Shinobi 3 as well as Ristar, Streets of Rage 2, and Revenge of Shinobi. 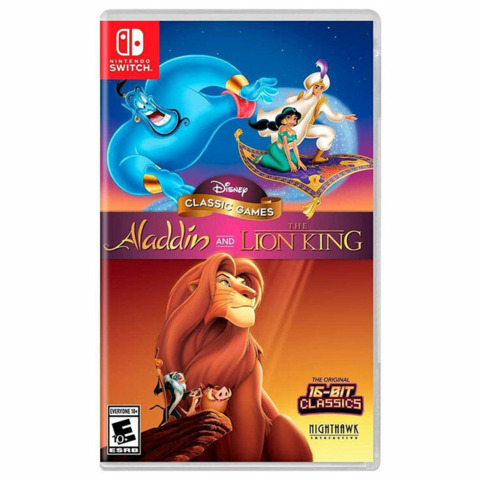 The classic 16-bit Disney games are hard to beat in the hearts of many old-school gamers, and this collection compiles two of the best. The Lion King and the Genesis version of Aladdin are both here, as are the Japanese versions and Game Boy ports. The Lion King even includes options for both the SNES and Genesis versions. It's a nice package for Disney fans, especially those who have a soft spot for these classic games. 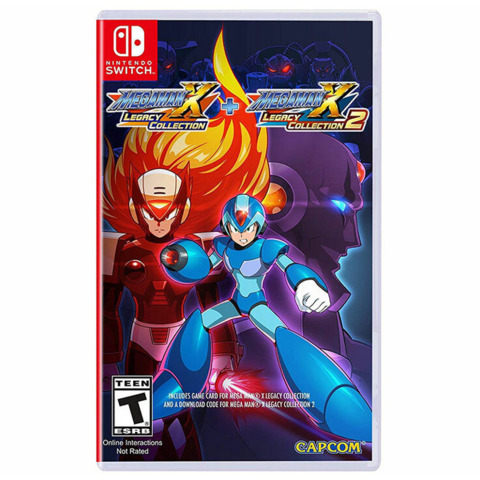 Mega Man has been treated to a lot of great collections over the years, and this one compiles the entire Mega Man X series. From Mega Man X to X8, all of the games are here. It also features a Mega Man X museum full of art and information in addition to an X Challenge mode.